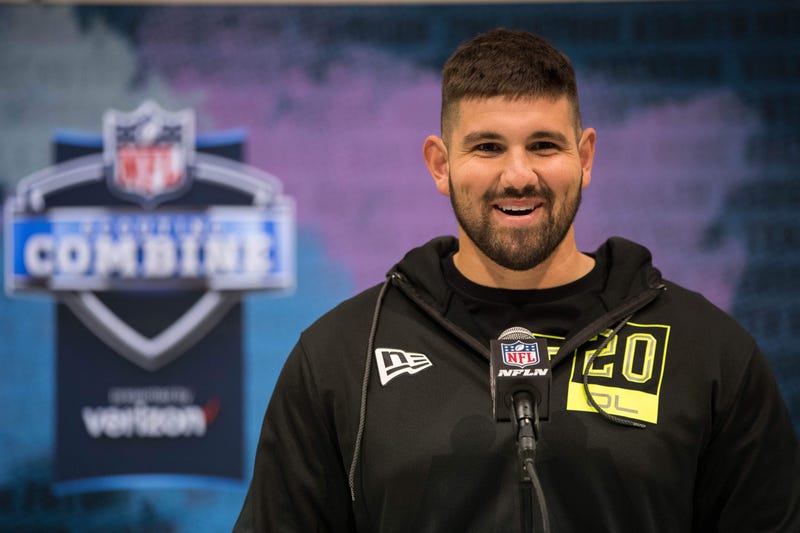 April 23, 2020 04/23/2020 3:56 pm
PHILADELPHIA (KYW Newsradio) — Temple Owls center Matt Hennessy grew up in New York, so naturally it’s understandable that he was a fan of an Eagles rival. However, playing collegiate ball at Temple changed his perspective on being a Giants fan, and he’s taking that attitude with him to the NFL.

"Pretty much, as soon as I got to Temple and realized I could potentially play at the next level one day, my fandom for any specific NFL team kinda died down," Hennessy said.

"Just got excited about the opportunity to play for any of them. Being in Philly and seeing the Eagles win the Super Bowl, seeing the way the city rallies around the team, has been incredible. And that’s another place I’d be excited to play."

Hennessy has spoken to the Eagles a little bit during the pre-draft process, but where he lands remains to be seen. The belief is he’ll be selected in one of the higher rounds.

"So, based on the available information my agent and I have, we think somewhere in Day 2," he said. "So, rounds Two to Three."

That kind of projection is in line with what 94WIP SportsRadio’s Ray Didinger predicts: "I think he’s gonna go to the NFL and have a really good career."

Hennessy has been able to maintain an effective workout regimen thanks to the gym in his friend’s garage, but because of the pandemic, much of the pre-draft process has been different for Hennessy and other prospects than in previous years — fewer in-person meetings and more virtual conversations.

"But now it’s just been primarily through Zoom calls — talking with personnel people, with coaches. And in that sense, it hasn’t changed too much, with the exception of actually having to travel," Hennessy said. "I feel like we’ve been able to get everything done through the computers, through the video calls."

Traditionally, the Draft is paired with a party or reception get together for the prospective players who achieved the very difficult goal of selection to the NFL.

However, living in Rockland County, New York, Hennessy is near one of the pandemic’s hotspots, so he’s going to keep it smart and simple.

"It won’t be as big an event as we originally planned, but we’ll still have immediate family there," he said.

Either way, the next handful of days are going to be really special for a childhood Giants fan who groomed his game in Philadelphia.

“I’m real excited — excited to rejoin a team. This has been a weird phase in which I haven’t been part of a team. So, get back to joining a team and then looking forward to the season ahead — starting to learn a new playbook and a new strength and conditioning program, and go and compete."