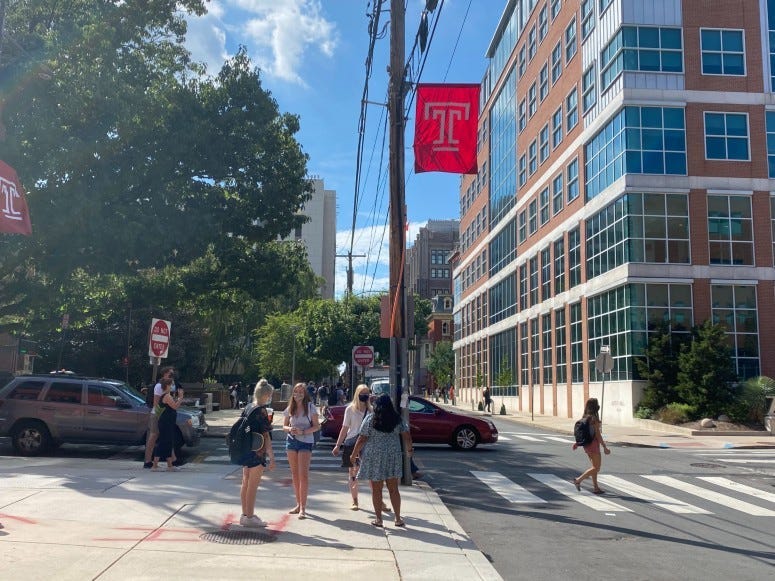 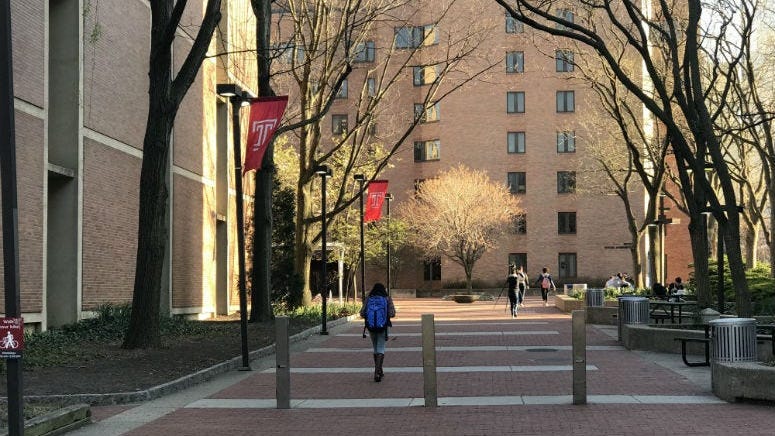 “Overall, these numbers are concerning and the rate of rise is even more concerning,” said Philadelphia Health Commissioner Dr. Tom Farley.

Over the weekend, Farley changed his guidance on social gatherings on college campuses to say they should be avoided all together, no matter how many people are there.

During Tuesday afternoon’s Philadelphia coronavirus briefing, he doubled down on his stance.

“For any Temple student who is listening to this today, I want to be very clear, we’re asking you to follow this guidance,” Farley said. “You should assume everyone around you is infected. Stay in your room and stay in your apartment unless you have to go out for essential errands. Wear a mask when you’re around anyone else. Otherwise this outbreak can grow quickly and threaten the rest of campus and the rest of the city.”

As health officials continue to pinpoint the cause of this outbreak, they say social gatherings aren’t the only culprit.

“Our contact tracing suggests that the exposure are primarily in students living at apartments off campus, many of which have many students in one apartment,” added Farley. “Many of our students have four or more students sharing one apartment.”

The city’s health department is working with Temple to try to contain the outbreak, and all in-person classes at the university were moved online through Sept. 11.

The outbreak, which happened just one week into the academic year, is part of a recent trend, Farley said.

“In the last two days though I can tell you that 32% of the cases reported to us are in the age group of 20 to 29, which is the college age group,” he explained. “I think that large percentage does represent the outbreak that’s occurring at Temple.”

He said that number doesn’t include all of the Temple students who have tested positive as Philadelphia is not their permanent address.

However, those students are going to be reclassified as city residents for the sake of case count.