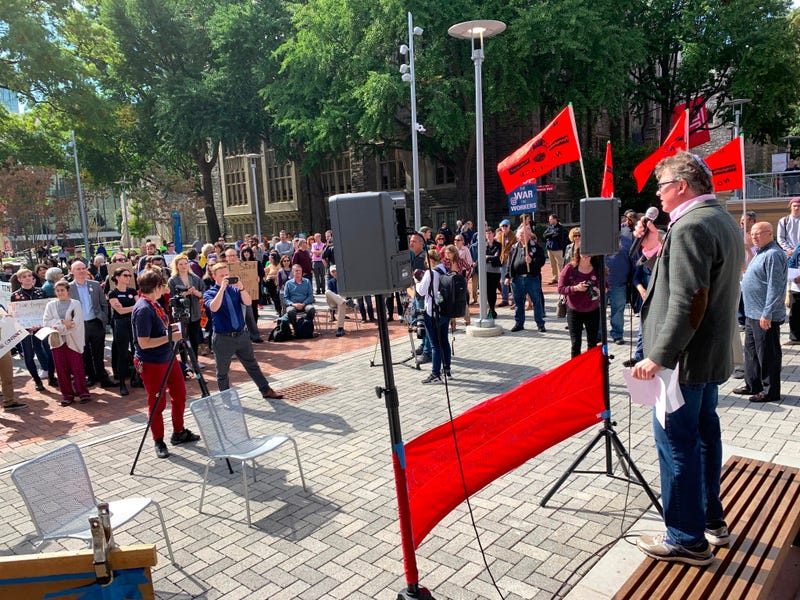 Members of the Temple Association of University Professionals assembled outside the school's new library, chanting, "Universities are not businesses!"

"What we're not comfortable with is having nothing across the board," he said. "We have never signed such a contract, and we never would."

Newman said the union is not planning any job action right now.

"What the contract expiring means is that if we did want to strike, we could start moving in that direction," he explained.

Members of the @TempleUniv faculty union @TAUP rally on campus, hours before their contract expires at midnight. pic.twitter.com/ga7uulwvbH

In a statement, Temple President Richard Englert says many proposals are still on the table, including those pertaining to pay and benefits. He says he's confident negotiators for both sides will work in the spirit of cooperation.