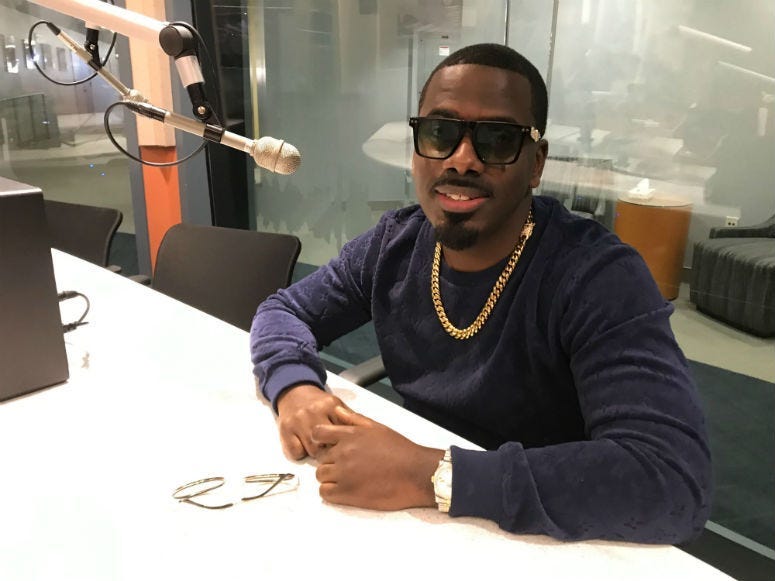 November 21, 2019 11/21/2019 9:00 am
PHILADELPHIA (KYW Newsradio) — Temple Performing Arts Center will host a TV comedy special this Saturday, and the headliner grew up in nearby North Philadelphia.

Israel "Skeet" Carter grew up in the shadow of Temple University near 22nd and Diamond streets. A barber by trade, he launched his comedy career in 2011 by renting out the 8th Street Lounge near Eighth and Callowhill streets.

He hired a few comedians and then headlined his first show.

"They said it was disrespectful, I didn't know I was disrespecting the game," he said. "I just felt it was my money, I can do what I want."

That first performance was days before his son, Israel III, was born. Fast forward not long after, and Carter produced shows involving some of the nation's top comedians.

He used those connections to snag gigs in clubs all over the country, honing his set one stage at a time.

"I started working and writing and touring and working on my craft," he said. "It's a lot of work, a lot of sacrifices as well."

Carter said he's been featured on comedy shows and tours with the likes of Paul Moody, Cedric the Entertainer, D.L. Hughley and so many more. But one of his biggest crowds came when he opened for Kevin Hart at Lincoln Financial Field in front of 75,000 people.

Now, Carter bought out Temple Performing Arts Center, where he'll tape his "I'm So Stupid" comedy special. He hopes to sell the TV event to Netflix.

"I could never afford college, but now that I have enough money to say, you know, I want to rent your facility," Carter explained why he chose to perform at Temple. "Plus, it's like down the street, around the corner from where I'm from."

Listen to the full podcast with Carter below: