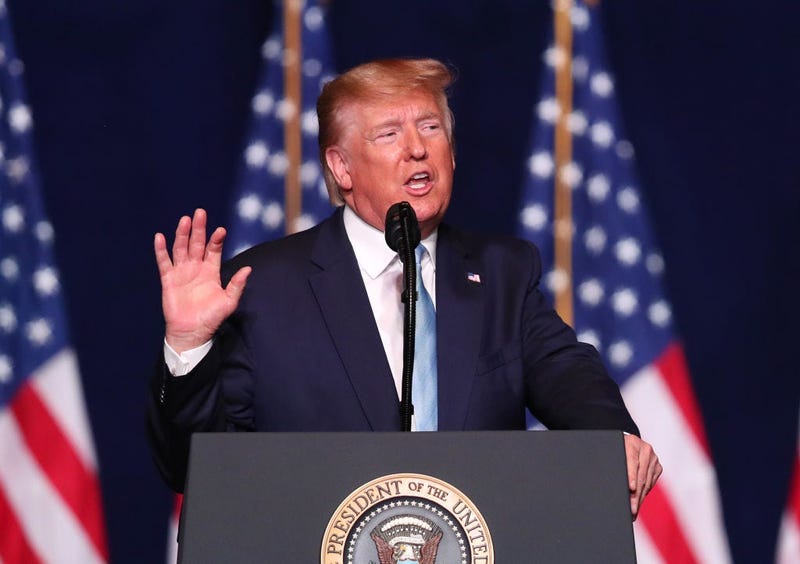 WILDWOOD, N.J. (KYW Newsradio) — The shore town of Wildwood takes center stage for the Trump re-election campaign when the president holds a rally at the convention center Tuesday evening.

"There are millions of Democrats who feel disassociated from their party and how far left it has drifted and want to become Republicans and want to support President Trump this coming November,” Trump 2020 communications director Tim Murtaugh, a Delaware County native, told KYW Newsradio. “Jeff Van Drew personifies that whole phenomenon.”

Thousands of people have signed up for tickets, so don’t show up without one, and if you want to get in the hall, get there early. Once the center reaches its capacity at about 7,500, the overflow crowd will watch on outdoor screens.

Wildwood officials expect a big crowd but say they’ll be able to accommodate.

"It doesn’t really matter to me whether you’re Republican or Democrat,” Mayor Pete Byron said. “You should really just enjoy the opportunity and glow in this amazing time to have the president coming to town."

Hundreds of people are already camping out outside the Wildwoods Convention Center for @realDonaldTrump rally. Some have been in line since the weekend @KYWNewsradio pic.twitter.com/FQXAeylqdB

In fact, many businesses usually closed in the winter are open for this event. But several streets around the convention center will be closed and security will be tight, as is the case during any presidential visit.

The last time a sitting president visited Cape May County was when Benjamin Harrison was in office in 1891.