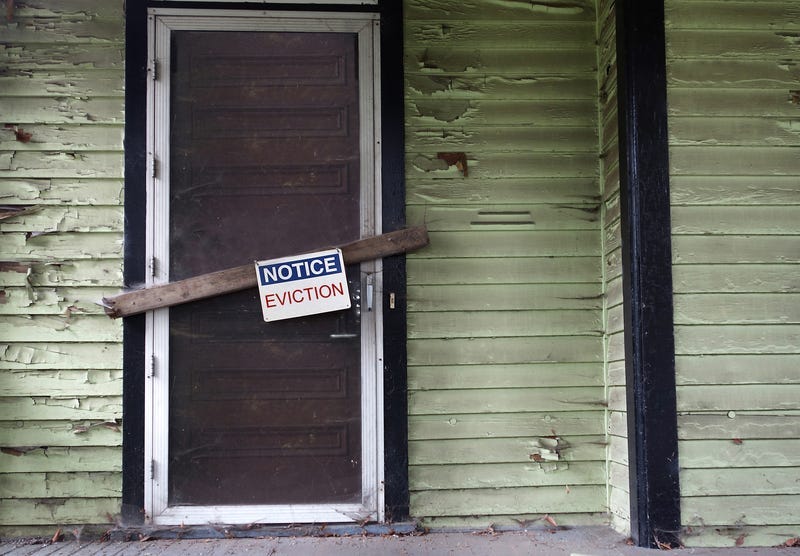 PHILADELPHIA (KYW Newsradio) — For the first time since the coronavirus pandemic started, thousands of renters across Pennsylvania woke up Tuesday wondering what will happen now that the moratorium on evictions has ended.

Rent is due and, and residents who lost jobs because of the pandemic are sill struggling.

Gail Campbell of West Philadelphia has missed sending in a couple of rent checks, and she knows firsthand she will have a whole lot of company.

Duane Lassiter with Lassiter and associates tells NBC 10, for residents who have failed to send in rent checks, the time for action is now.

"I always tell these folks: Reach out to your landlord first — because you can’t show up at your court date in November and really have done nothing. At that point, you’re telling the judge you really want to stay in the property, but you haven’t taken any steps," he said.

Gov. Tom Wolf says he might take action by executive order, but he says state lawmakers should take up the issue now.

He'd like to see the state legislature allocate about $100 million to prevent evictions and about another $100 million to stop utility shutoffs. But if lawmakers follow House and Senate rules, that's not likely to happen until next week as the earliest.

The governor says the Emergency Services Management Code prevents any further extensions on his part. When asked what specifically prevented an extension, he said, “That’s a good question, I will get back to you with exactly which law.”Wolf has extended the evictions and foreclosures moratorium twice — first in May, and again in July.He was asked, if this deadline was looming, why did he wait until last Monday, a week before it expired, to send a letter to state lawmakers saying he couldn’t extend it. Wolf said "it was pretty clear" that the moratorium extension was temporary and anyone looking at it should have realized "this is something we ought to be dealing with."

Senate Majority Leader Jake Corman says the governor has made no phone calls to Republican leaders on the issue, and he hasn’t spoken directly to them since July.

Wolf hinted last week he could extend the moratorium. As recently as Monday, he said he "might" and told reporters to "wait and see."

Now that the moratorium has ended, residents who have already lost eviction hearings could be locked out of their homes as early as Sept. 8.

So time is of the essence for about 500 people in Philadelphia alone, according to Community Legal Services.

Eviction cases filed now won’t be heard until November. However, hearings for anyone who was previously notified of eviction will start on Thursday.