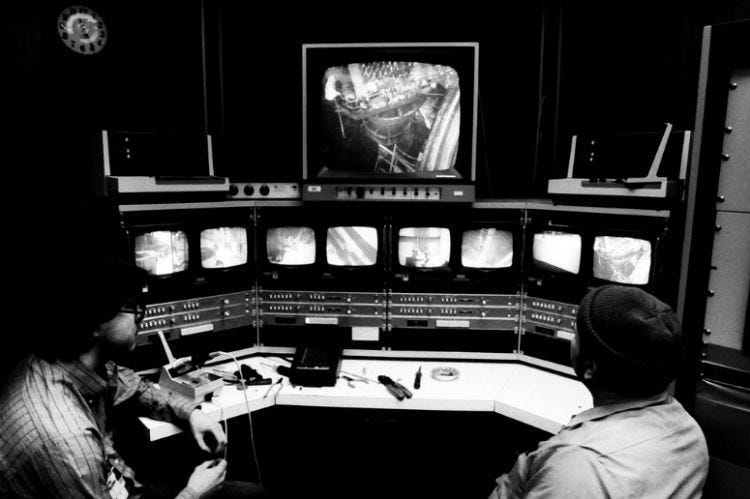 Part 2 of a five-part series. As we mark the 40th anniversary of the partial meltdown at Three Mile Island, KYW Newsradio is looking back at the near-catastrophe that focused the world’s attention on a small town outside Harrisburg while changing the general perception of nuclear energy.

PHILADELPHIA (KYW Newsradio) — The first news reports didn’t say much other than, “State Police in Harrisburg have been called to the Three Mile Nuclear Plant about 10 miles southeast of Harrisburg, where plant officials have called a general emergency.”

“He came out and said that everything was under control, there'd been no radiation leak and there was no problem. The problem was that he lied," Maloney said.

In a news report, KYW Newsradio late Harrisburg Bureau Chief Sandy Starobin said on air 40 years ago, “The president of Metropolitan-Edison insisted there was no danger from Three Mile Island.”

“Unfortunately, the credibility for Met-Ed collapsed and was never to be regained during the entire incident. And it kind of set the scene for how the nuclear industry was going to be perceived then throughout that crisis and forever more. They lost their trust," Maloney said.

There are a few things to remember when looking back 40 years.

First, this is pre-internet and before 24-hour cable news.

“Rumors were starting to fly that livestock and animals were dying closer to Three Mile Island," Savoth said.

Over the course of this week, we'll have much more from Maloney and other KYW Newsradio reporters who were at Three Mile Island, along with a look at Gov. Dick Thornburgh and Harold Denton, and the future of nuclear energy.
CORRECTION: In a previous version of this story, Jack Herbein's name was misspelled.