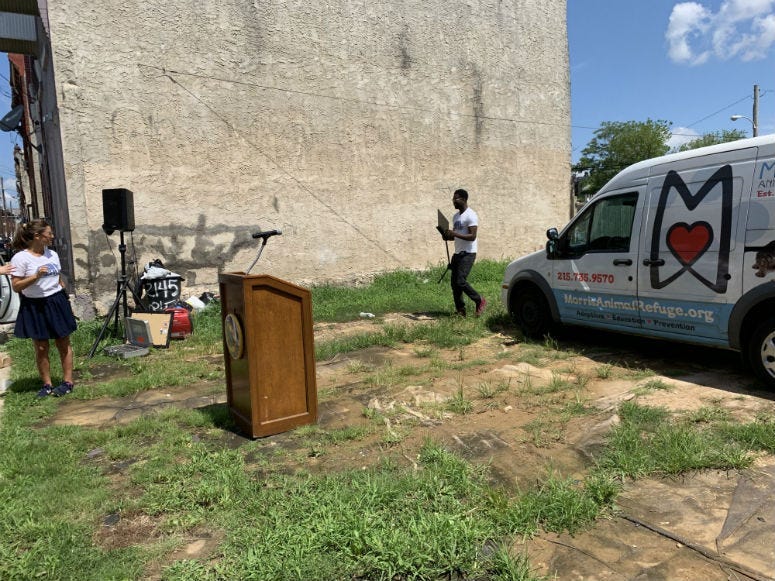 July 29, 2019 07/29/2019 8:00 am
PHILADELPHIA (KYW Newsradio) — Tiny houses are gaining ground in Philadelphia. A homeless services group broke ground on one last week in Port Richmond, and another group is looking to establish a cluster of them in West Philadelphia.

Tiny houses may have started out as a lifestyle choice, but as cities grow steadily more expensive, more and more are turning to them as affordable housing options for the homeless.

Stephanie Sena of Student Run Emergency Housing broke ground on what she hopes is the first of many in a vacant lot on a block of rowhouses.

"We've been operating in church basements and now we are breaking ground and doing what we can to increase the inventory of affordable housing in the city of Philadelphia," Sena said.

Sena calls her model a "cozy cottage" — about a thousand square feet made from a kit for about $75,000.

Another initiative under way would create a village of eight to 10 much smaller units that would be a first step out of homelessness.

Cathy Farrell was so inspired reading about Seattle's use of tiny houses to shelter the homeless she formed a nonprofit to do it here. Sanctuary Village, as she envisions it, would be cluters of very small homes, about 100 square feet, built around a common area.

"A community bathhouse, laundry, kitchen so that people are meeting in community, supporting each other and then there's a place for a case worker to come and meet with them individually," she explained.

"It will allow them to live in community and to get the services that they need," she added.

Farrell is looking at a site in West Philadelphia but, like Sena, hopes more can be built if they succeed.

news
Supermarket selling leaves off the ground as an 'autumn bouquet'
music
Linkin Park revisits the first time they heard Chester Bennington
music
Netflix gears up for the holiday season with 3 festive movies
sports
Devin Hester rips Jay Cutler as 'the worst' leader he had ever played with
news
Man steals truck to go 'meet an alien' but returns it after he started feeling bad
music
Corey Taylor says 'f*** off' to cancel culture: 'you don't get to cancel me'