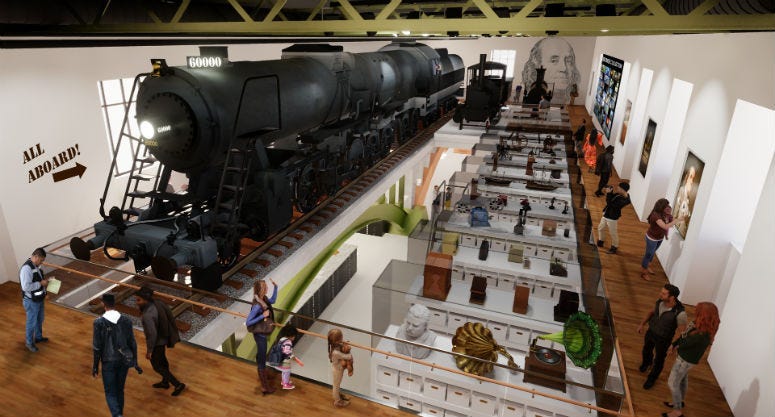 PHILADELPHIA (KYW Newsradio) — The Franklin Institute is planning to create a new gallery featuring technology of the past and present.

The Baldwin 60000 steam locomotive has been sitting on a track inside the Franklin Institute for more than 80 years. The exhibit space will be getting a re-design thanks to a $6 million gift by the Hamilton Family Charitable Trust.

Matt Hamilton of the trust says the 1926 steam engine has ties to his family.

His great-grandfather Samuel M. Vauclain donated it to the museum back in early 1930s.

"In '33. Somewhere in the family archives there are pictures of the train coming down the parkway on tracks, and they would take sections of tracks and lay them out and remove the locomotive and then when they took the tracks up they put the wall up on the other side," Hamilton said.

Thanks to the gift, the new gallery will be built around the locomotive. The walls and the 350 ton steam engine will stay in place, but the floor of the room will be cut away to make the exhibit a two-story gallery.

In addition to the locomotive, other objects in the institute's curatorial collections that tell the stories of innovation, invention and entrepreneurship will also be featured on a rotating basis in the exhibit.

It's expected to be completed for the Franklin Institute's 200th anniversary in 2024.