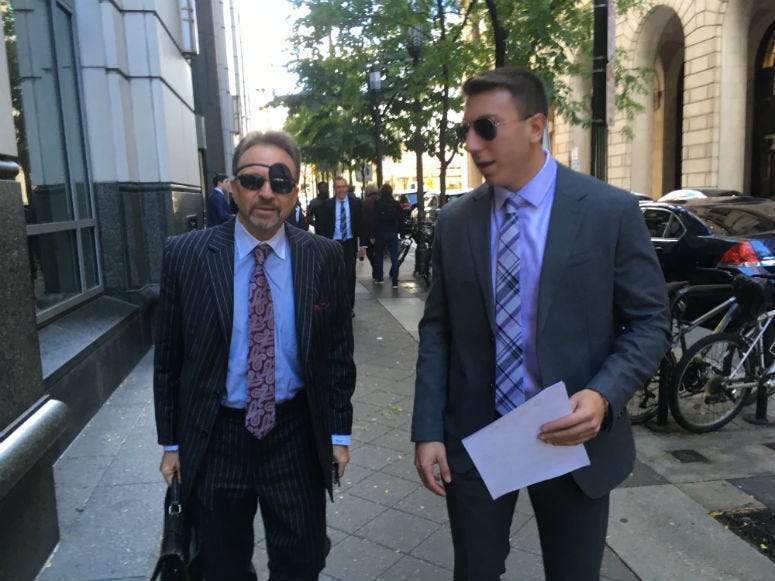 Defense attorneys for Ari Goldstein want to call one of the 23-year-old’s former frat brothers, who they say would testify he was in the room next to the defendant’s bedroom when one of the accusers said she screamed during the alleged assault.

He says he heard nothing on the night in question.

The judge has not allowed that testimony, and prosecutors say they just found out about the witness.

Indecent assault, sexual assault and involuntary deviate sexual intercourse charges against Goldstein stem from two alleged incidents: one in November 2017, and the other three months later.

Both accusers have testified that Goldstein pinned them on a couch while forcing himself onto them. One of the women said she and the defendant had a consensual relationship but that it became forceful when he put his fingers down her throat.

The other said she thought she was going to smoke weed with Goldstein in his room but that he pushed her onto his couch and became aggressive, even biting her.

The defense called a young woman who was friendly with one of the accusers, and said this woman was told it was at first consensual before the accuser ran out of the room.

The defense also put up three character witnesses to say the 23-year-old is a decent law-abiding citizen and told the judge they would have dozens more but she won’t allow it.

But prosecutors have argued Goldstein knew what he did was wrong because he apologized to at least one of the accusers in a text message.

If convicted, Goldstein could face up to two decades in prison.