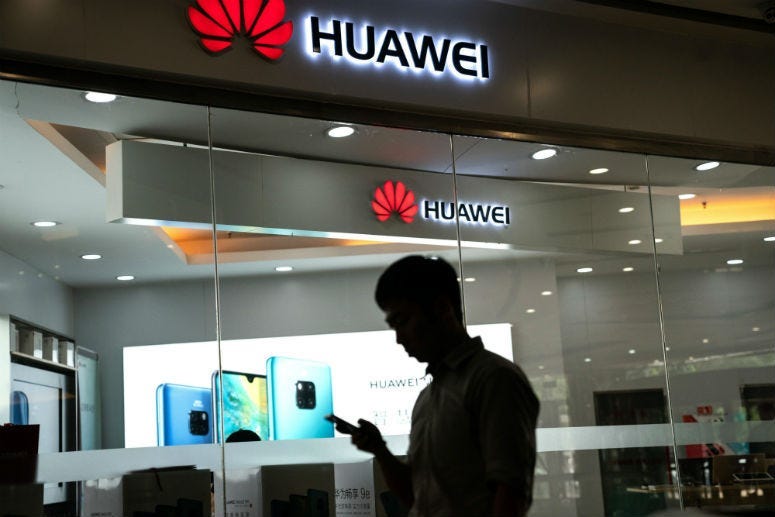 Trump said Saturday that "US companies can sell their equipment to Huawei," as long as the transactions won't present a "great, national emergency problem."

Trump's comments at the G20 in Japan came after a widely anticipated meeting with Chinese President Xi Jinping. The two sides met to discuss the impasse in the trade dispute, and Huawei, one of the largest smartphone manufacturers in the world, has become a flash point in the battle.

In May, the US Commerce Department banned sales of American-made goods to Huawei without first obtaining a license. US officials have accused the company of working to undermine US national security and foreign policy interests.

Trump said Huawei was still part of the ongoing trade discussions between Washington and Beijing, but for now, he would move to resume allowing US companies to sell parts to the Chinese firm.

Huawei responded on one of the company's official twitter accounts: "U-turn? Donald Trump suggests he would allow #Huawei to once again purchase U.S. technology!"

The Commerce Department, which issued the ban against Huawei in May, did not respond to requests for comment on how it will modify the company's status. The White House did not immediately respond to questions about whether it had already asked Commerce to review the issue.

White House economic adviser Larry Kudlow said on Fox News on Sunday that Trump's move was not "amnesty." He repeated that Huawei can resume buying from US businesses so long as it does not present a national security concern. The Commerce Department would "probably" be looking at how to "grant some temporary licenses" for US firms to resume business with Huawei.

Huawei has denied accusations of wrongdoing. And it's lobbied over the past few weeks to regain access to US products, which are key to its supply chain.

"We acknowledge the US president's comments relating to Huawei yesterday and have no further comment at this time," the company said Sunday.

Huawei relies heavily on computer chips imported from companies like Intel and Micron. Google also supplied the company with its Android operating system.

Google said in May that it would comply with the Trump administration's new policy and restrict Huawei's acces to the Android platform, which was seen as a devastating blow to Huawei's smartphone business.

Micron, however, counts Huawei as one of its biggest customers and faced a steep revenue decline: Its overseas smartphone unit sales dropped 40% in the weeks immediately after Huawei was blacklisted. Micron announced earlier this week that it found a workaround to the ban and was able to resume at least some shipments to Huawei. Intel reportedly made a similar move.

Those companies did not immediately respond to requests for comment Saturday.

Trump appeared to acknowledge that US suppliers aren't happy with the current policy.

"The (US) companies were not exactly happy that they couldn't sell," he said. The United States sells a "tremendous amount of product" to Huawei, he added.

The ban on purchasing goods from American companies is not, however, the only policy hurdle Huawei faces in the United States. An executive order Trump signed in May bars US firms from purchasing or using Huawei telecom gear. Officials said it could pose a spying risk to Western infrastructure networks.

Huawei, which is considered a world leader in developing technologies to support 5G networks, has said banning the company from the United States would ultimately hurt American businesses and consumers.

"Restricting Huawei from doing business in the US will not make the US more secure or stronger; instead, this will only serve to limit the US to inferior yet more expensive alternatives, leaving the US lagging behind in 5G deployment," the company said in a statement responding to the executive order.