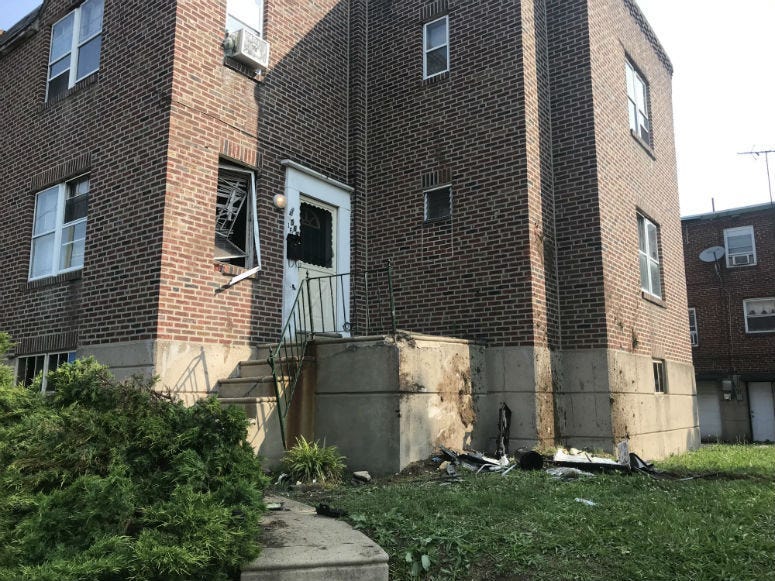 June 2, 2019 06/02/2019 3:46 pm
PHILADELPHIA (KYW Newsradio) — A crash on Roosevelt Boulevard Saturday night sends a car through a home before claiming the lives of two teenagers.

Chris Lopez lives near the home on Roosevelt Boulevard and Devereaux Avenue in Northeast Philadelphia, where the car crash took place.

He says watching everything unfold was like nothing he'd ever seen.

"It was just a crazy scene. It was just something out of a movie, and something you wouldn't expect on a normal day. It was like tinfoil balled up, something crazy," he said.

Officials say a 17-year-old boy and a 19-year-man were in a white Nissan going southbound on Roosevelt Boulevard when their car hit another vehicle and stuck a tree before plowing into the front of a home.

Philadelphia police Capt. Mark Overwise says they are doing an investigation into what went wrong.

"We have a lot of investigation to do, we'll try and recover video from the area and try to determine just what happened here," he said.

Officials say people inside of the home that was hit were not hurt, but the woman in the other vehicle was injured in the crash and was taken to the hospital in stable condition.