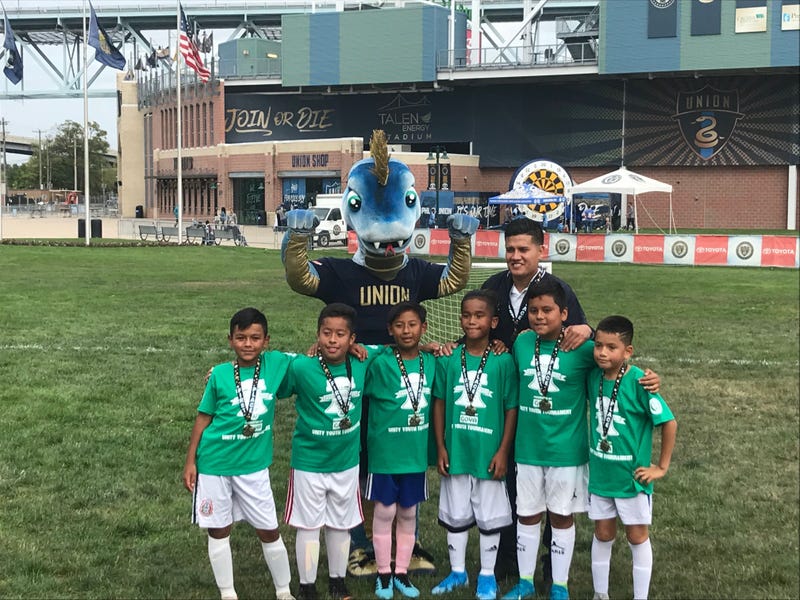 Fans representing those countries came to the championship game Saturday at Talen Energy Stadium in Chester, broadcast on KYW Newsradio, which ended in a 3-0 Liberia victory over the United States.

One of those fans was Josephine Harmon, who has lived in the United States for the last 19 years. Before the Unity Cup, she was able to make one of her lifelong dreams come true by becoming a U.S. citizen. The Liberian-born Harmon was one of nearly two dozen people who took part in a naturalization ceremony right on the field.

Harmon has high hopes for her future as a US citizen, and she now has a new goal: to vote.

She was presented with a difficult choice when it came to who she was going to cheer for, seeing that her two countries were the ones squaring off in the finals. Ultimately, she chose her new country, the U.S.

In addition to the naturalization ceremony, the pregame festivities included a mini-tournament. Kids representing more than a dozen countries got a chance to face off against each other.

"I think it's the same message as the whole Unity Cup," said Bill Salvatore, director of the tournament. "It's about seeing diverse cultures that all love soccer, and bringing them together. They get to talk before the game, after the game, take pictures together. It's a pretty neat experience for everybody."

One of the kids who got a chance to play in the tournament, Kevin, played with the Vietnamese team. They may not have won the championship, but he still had a good time.

"I enjoyed having fun with my friends," he said, "and getting good scores."

For Valeri Harteg of HIAS Pennsylvania, a nonprofit organization that works with refugees, the Unity Cup championship game was the perfect opportunity for her to help her kids bond over a shared passion.

"This is a really great opportunity especially for our young people to experience something new in a really fun way," said Harteg, "and to support something we love, which is soccer."

13-year-old Jazib Ahmad is one of those kids who loves soccer, so when he got an opportunity to see the game live, he jumped at it. He said the game helped him make new friends and work on new skills along the way.

"I like to meet with different countries' people," said Ahmad, "and I like to learn different languages. I know six languages."

Ahmad said he enjoyed watching the game, but he's even more excited for when he gets his chance to play in the tournament.