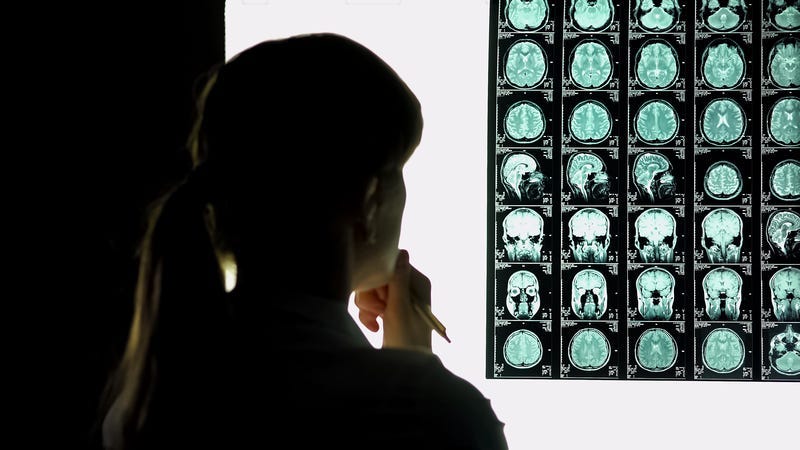 January 8, 2019 01/08/2019 3:19 pm
By Jacqueline Howard, CNN
(CNN) -- The rate of people dying from cancer in the United States seems to have dropped steadily for 25 years, a new study says, but disparities remain between the rich and the poor.

The overall nationwide cancer death rate fell continuously from 1991 to 2016 by a total of 27%, according to a study by the American Cancer Society, published Tuesday in CA: A Cancer Journal for Clinicians.

That translates to about 2.6 million fewer cancer deaths total than would have been expected if death rates stayed at their peak, which was seen in 1991, according to the study.

"The continued decline in the cancer death rate over the past 25 years is really good news and was a little bit of a surprise, only because the other leading causes of death in the US are starting to flatten. So we've been wondering if that's going to happen for cancer as well, but so far it hasn't," said Rebecca Siegel, first author of the study and strategic director of surveillance information at the American Cancer Society.

According to the US Centers for Disease Control and Prevention, based on the latest data, the three leading causes of death in the United States in 2017 were heart disease, cancer and accidents or unintentional injuries.

Meanwhile, on a global scale, the number of people around the world who have cancer appears to be growing, according to the World Health Organization.

A WHO report released in September estimated that there were 18.1 million new cancer cases and 9.6 million cancer deaths worldwide in 2018 alone. Cancer is the second leading cause of death globally.

The American Cancer Society study was based on cancer incidence, mortality and survival data in the United States from sources including the National Center for Health Statistics; the Surveillance, Epidemiology, and End Rules Program; the National Program of Cancer Registries; and the North American Association of Central Cancer Registries.

The data showed that the nationwide cancer death rate climbed during most of the 20th century, largely driven by jumps in lung cancer deaths due to smoking and tobacco use.

The data also showed that a disparity in death rates between black and white cancer patients appeared to be closing.

"The racial gap in cancer mortality is continuing to narrow -- so it was that the cancer death rate in blacks was 33% higher than in whites in the mid-1990s, and the current data now indicate it's 14% higher -- so it's still higher, but the gap is narrowing, which is really good news," Siegel said.

However, the data also revealed a potentially troubling trend: a growing gap in death rates based on wealth.

"It was surprising to see that the disparities by socioeconomic status are actually widening," Siegel said. "Wealth causes differences in exposure to risk factors and also access to high-quality cancer prevention, early detection and treatment."

For instance, between 2012 and 2016, the overall cancer death rate was about 20% higher among people living in the poorest counties in the United States compared with those in the most affluent counties -- and socioeconomic inequalities in cancer mortality widened over the past three decades overall, according to the study.

The American Cancer Society also annually estimates the numbers of new cancer cases and cancer deaths that could occur nationwide, based on the most recent data.

The study had some limitations, including that the projections should be interpreted with caution because they were based on data from three to four years ago.

Yet "it gives us a touch point on what's going on in cancer in the United States, because if we don't know what the trends are and the populations that are most burdened by the disease, then we can't do anything about it," Siegel said.

'A real critical issue in the cancer world'

The new study does a "very good job" summarizing those trends, said Dr. Walter Curran, executive director of the Winship Cancer Institute of Emory University in Atlanta, who was not involved in the study.

Dr. Dan Theodorescu, director of the Samuel Oschin Comprehensive Cancer Institute at Cedars-Sinai in Los Angeles, said he read the results of this annual study on cancer statistics each year.

"I would say that this is the best data out there for the oncology community and those concerned with healthcare in America," said Theodorescu, who was not involved in the study.

The reasons for the steady decline in cancer deaths could include nationwide reductions in smoking, improvements in detecting cancer and "revolutionary advances" in treating cancer, he said.

"Poverty has been a relentless obstacle to receiving cancer care because of lack of, or low insurance coverage. Getting to the oncologist often takes longer and options may be more limited," he said. "No insurance or low-coverage insurance also reduces the incentive to visit the doctor for symptoms and even more for preventive health practices, such as smoking cessation, yearly physicals, and immunizations against cancer-causing viruses."

Some of the counties with the highest poverty are in rural areas of south Georgia, and "this is something that we've become aware of here at the Winship Cancer Institute of Emory University," Curran said.

"What you see is a tragedy of increasing rates of obesity, which is now a risk for certain types of cancer; more clearly identified higher rates of tobacco use; and issues with access to cancer screening and prevention strategies and probably issues with access to diagnostic and therapeutic approaches to cancer," he added. "So it's a multi-factorial issue that we view as a real critical issue in the cancer world right now."