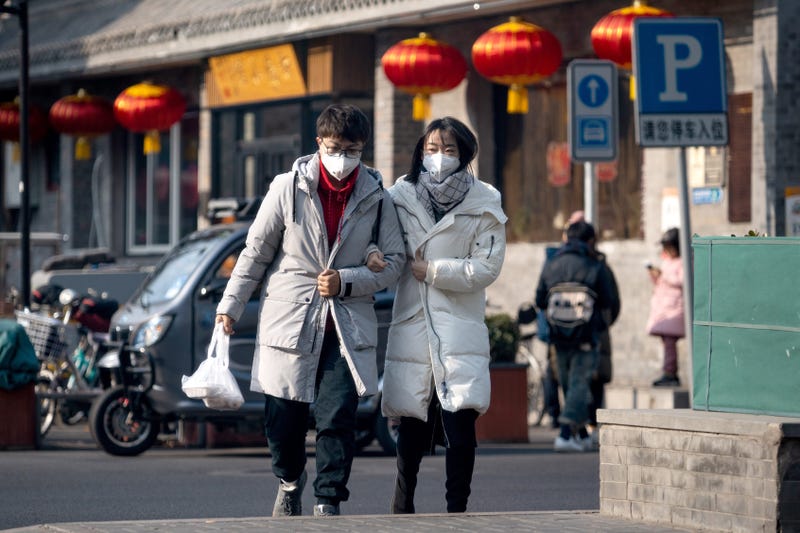 January 22, 2020 01/22/2020 1:28 pm
PHILADELPHIA (KYW Newsradio) — The first confirmed case of a newly discovered virus has been reported in the United States. A man in his 30s is being treated in isolation in suburban Seattle.

At least nine people in China have died as the disease spreads in the city of Wuhan. Nearly 450 cases have been confirmed there, according to health authorities.

Officials this month identified the germ as a new type of coronavirus. Coronaviruses are a large family of viruses, some of which cause the common cold; others found in bats, camels and other animals have evolved into more severe illnesses.

KYW Medical Editor Dr. Brian McDonough says it gives people pnuemonia-like symptoms. It's most commonly spread from animals to people but it can be spread person to person as well.

Health officials say the current risk for the public is low, but McDonough says the CDC is taking the virus very seriously and people are being screened for it when they return from China.

"I think it's really good that the airlines and airports are taking a look at this — looking at, potentially, who might be at risk of perhaps transmitting this virus and taking precautions. I think that's the best thing we can do right now."

Doctors say coronavirus doesn't spread as easily as the flu, which has already killed dozens of Americans this season.