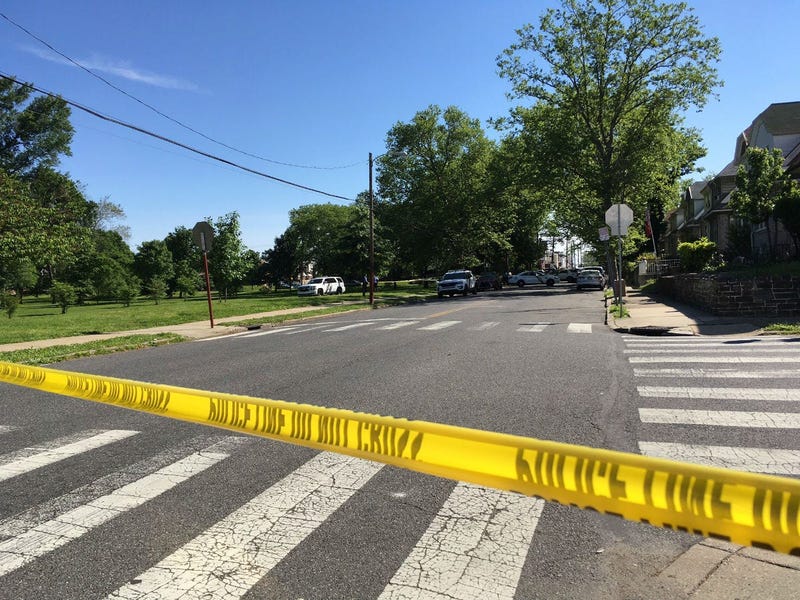 PHILADELPHIA (KYW Newsradio) — Philadelphia police have confirmed that a U.S. marshal shot a man who refused to drop a machete Wednesday morning in Wissinoming park.

U.S. marshals had been watching Joseph Ankrah in a car on the 5900 block of Charles Street just after 8 a.m. He was wanted by the Abington Township Police Department for making terroristic threats against law enforcement.

Chief Deputy U.S. Marshal Jim Burke said when marshals approached Ankrah, he got out of the passenger's side holding a machete.

He refused to drop the weapon, despite being hit with a Taser. Ankrah then ran down an alley.

"Our officers pursued him," said Burke. "Ankrah unsheathed the machete and turned back toward law enforcement, approaching them."

Witness to US Marshals shooting armed man in Wissinoming: "They kept saying, 'Put the knife down. Put the machete down.'" Details on @KYWNewsradio pic.twitter.com/5ykxG9ySbH

Marshals fired several shots in his direction. He was hit at in the shoulder and back.

Earl Thornton lives across the street, and he said he heard three to five shots.

"He's got the machete and the cops have got a bead on him, and he's just standing there," he said. "They were saying, 'Put the weapon down.' And they kept yelling at him to put it down, put it down.

"They called him by name, it seemed like. I said, maybe they know the guy. But he just stood there with this machete in his hand."

Marshals arrested Ankrah, and he's listed in stable condition at Jefferson-Torresdale Hospital. No officers were injured.