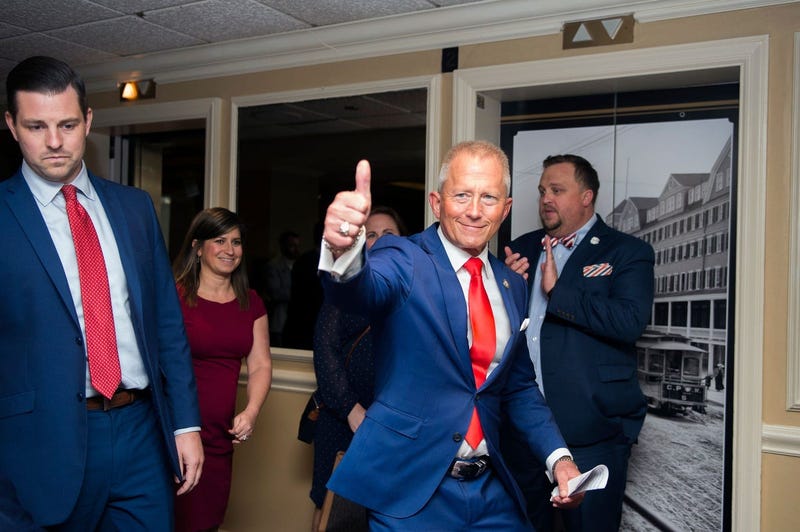 PHILADELPHIA (KYW Newsradio) — As New Jersey congressman Jeff Van Drew reportedly gets ready to leave the Democrats and join the Republicans, several of his staffers have resigned.

Five aides to New Jersey Rep. Jeff Van Drew — Javier Gamboa, Edward Kaczmarski, Justin M. O'Leary, Mackenzie Lucas and Caroline Wood — signed a letter obtained by CNN. It says, in part, "Sadly, Congressman Van Drew's decision to join the ranks of the Republican Party led by President Donald Trump does not align with the values we brought to this job when we joined this office."

A sixth staffer also resigned Sunday evening, a source with knowledge of the matter told CNN.

Van Drew has been outspoken about not supporting the House Democrats' effort to impeach the president.

"I think it's ridiculous."

Murphy says Van Drew is putting politics over the Constitution.

"This is a guy who's reading some set of tea leaves where he thinks if he's gonna have to take the positions he's taking, he can't find his way toward re-election."

Murphy says they'll get a field of candidates more aligned with their values to get Van Drew's seat back during next year's election.

Van Drew has not officially announced a party switch.

President Trump's reaction on Twitter: "Wow, that would be big. Always heard Jeff is very smart!"

Wow, that would be big. Always heard Jeff is very smart! https://t.co/7yDPU4N3wd