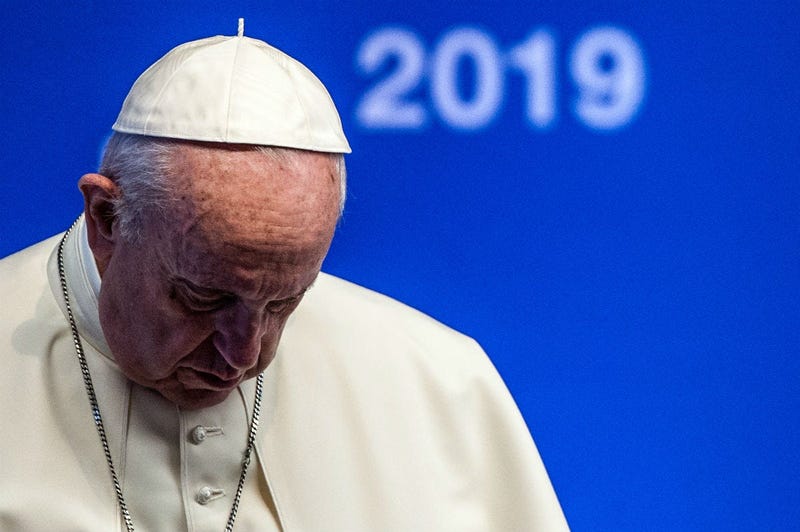 PHILADELPHIA (KYW Newsradio) — The Vatican said Monday that what's said in a confession box stays there and can't be shared, even if it involves child sex abuse.

Pope Francis signed off on the statement released by the Vatican.

It comes in the wake of pressure from civil authorities in several states and across the globe to adopt measures to compel priests to report child sex abuse crimes that they hear from someone in confession.

They already are mandatory reporters to police, like teachers or Scout leaders, of any abuse they witness or suspect or hear about.

Marie, who attended Mass at the Cathedral Basilica on Monday morning, said the seal of confession should not be broken by the priest. But, she says, "I think the priest has an obligation to tell the penitent that he should step forward, though, and report his conduct given the prevalence, unfortunately, of child abuse in the Catholic Church."

The Vatican said priests are obligated to defend the seal of confession, even if it means giving up their lives.

California's legislature is also considering a bill requiring priests to report on child sex abuse when hearing another priest’s confession or in cases where the priest is hearing the confession of a co-worker.

The Vatican said the sacrament is rooted in divine law and civil law cannot interfere and priests are obligated to defend the seal of confession, even if it means giving up their lives.

The Vatican document said the priest acts not as himself but "in the person of Christ."

It said the priest is not free to divulge anything about the confession to anyone, including the penitent outside the confessional.

And, he even is "obliged to suppress every involuntary memory of it."

The Vatican statement stressed any political or legislative attempt to break the sacramental seal of confession "would be an unacceptable offense against the liberty of the church, which does not receive its legitimacy from individual states, but from God."