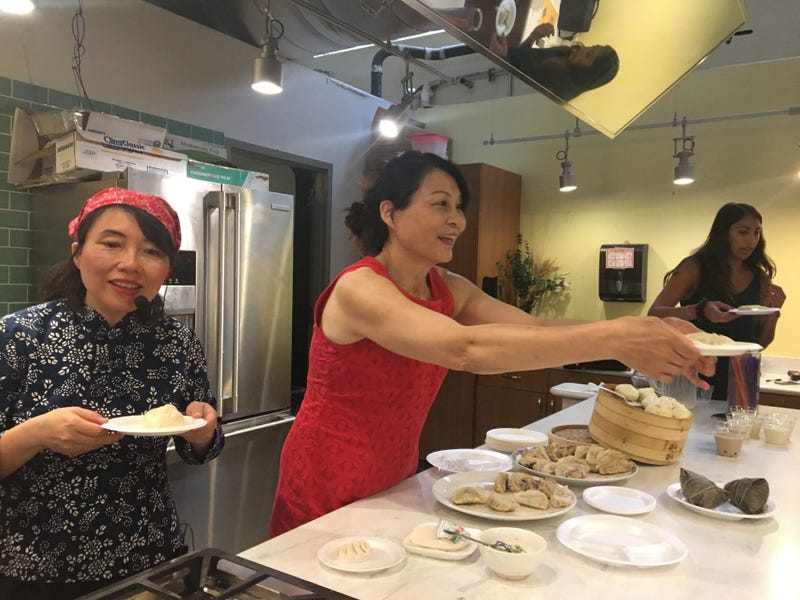 Reading Terminal Market hosted the semifinal round of its Fresh Food Fight Wednesday — a creative, competitive effort to bring in different merchants to the terminal.

The market hosted the contest because it had trouble attracting vendors, who sell exclusive grocery products, to occupy some empty store space.

Reading Terminal Manager Anuj Gupta had hoped the "Shark Tank"-style event will help them find the "next great fresh food merchant at the Reading Terminal."

"And it seems to have worked," he said, "because we have four great semifinalists."

Vanessa Peredo, one of the semifinalists, gave a presentation on what she would like to sell: Spanish market staples.

There are currently three available spaces for rent at the market, which doesn't necessarily mean only three vendors can occupy it, according to Gupta. "Those spaces could be sub-divided."

It's not a traditional way the market has attracted merchants to the open up shop in the past.

"This is a novel idea," Gupta continued. "We have been on a constant search for fresh food applicants, and to be quite honest, they're not that easy to find."

The four concepts vying for a stand at the market include Pasta la Vista, which hopes to sell homemade pastas and sauces; Tai Chi Kitchen, a dumpling restaurant; Really Reel Ginger, a mini-business that currently has a temporary market space for selling fresh-made ginger drinks; and TortiYeah, a business specializing in Spanish grocery and tapas items.

A panel of judges listened to the presentations and asked questions to determine which one would fit best in the market. They will deliberate and provide their recommendation to management.

Those chosen as finalists — as there may be more than one vendor — win a chance to discuss negotiations with the terminal's leasing committee. The market will provide up to $10,000 to the finalist (or finalists), which will go toward fit-out costs.

The overall winners of the competition will be announced within the next two weeks.