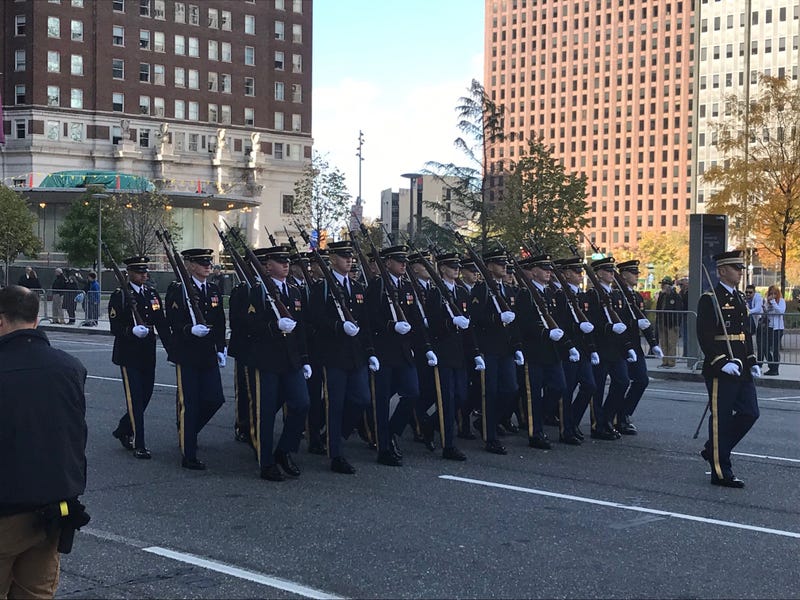 "The camaraderie that you have here today is outstanding," said Tyrone Love, one of the thousands of people who marched.

For Love, who spent more than two decades in the Army, the day was a chance for him to raise awareness around issues many of his fellow veterans have to face.

"We need to show more gratitude to those who have served," Love said of his reason for marching. He also said he would like to see the city step up and help vets, who have nowhere to go.

More than 200 bikers lead the way at the Philadelphia Veteran’s Parade @KYWNewsradio pic.twitter.com/jnmQlFCEjV

Awareness to veterans' needs was one of the reasons Pooh Nobles came to the parade as well.

"It makes no sense that a veteran that puts his life on the line for millions of people that he doesn't even know comes back home just to be treated like a second hand citizen," said Nobles, who served in the Persian Gulf War.

"We need to do more for veterans on the level of being able to make sure we get the proper services," he stressed. "Mental health is category one right now."

The parade and festivities were about more than just marching and playing music. At the Veterans Festival in Old City, organizers provided resources for vets regarding finances, healthcare and education, and even provided on-site haircuts for homeless vets.