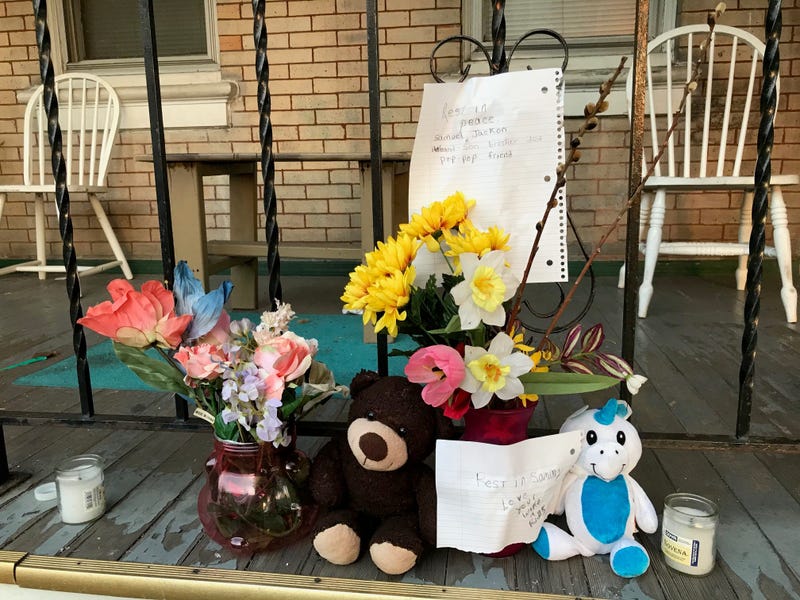 NORRISTOWN, Pa. (KYW Newsradio) — Police are looking for a hit-and-run driver who killed a Vietnam War veteran near his home in Norristown on Sunday evening. The family of the victim, 67-year-old Samuel Jackson, is urging the driver to turn himself or herself in.

There's a homemade memorial in front of a house at Astor and West Oak streets: flowers, candles, stuffed animals and a note on a white piece of paper — "Rest in Peace Samuel Jackson. Husband, Son, Brother, Dad, Pop-Pop, Friend."

Police say Jackson was just getting out of his car around 6:30 p.m. on Sunday, at Astor and West Oak, not far from Main Street, when a speeding car, possibly a red Ford Focus, hit him and kept going. Jackson died at the hospital.

Jackson's granddaughter Ashley says he had been listening to music in his car.

"And it's not fair that I saw him on the ground dying," she said. "That's not fair. He should have lived."

Ashley says he was a father figure to her and someone she and her family will miss dearly.

"He had kids inside the house he cared for. He loved everybody. I don’t understand why they had to kill him like that. He deserved to live," she said.

The family is stunned, and they can't believe he was killed right before Veterans Day.

"You hit my husband," she said. "You hit Sam, and you let him lay in the street like a dog. He's not a dog. He fought for this country."

Campbell says he would proudly talk about serving in the U.S. Marine Corps, and he treated her five kids and seven grandkids as his own.

Police are looking for any bits of information that may help in this case, and they are urging any witnesses to give them a call.