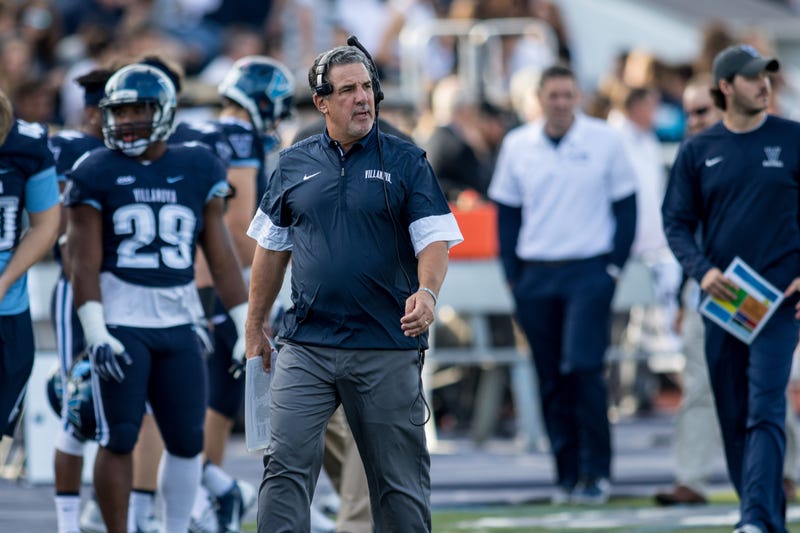 November 22, 2019 11/22/2019 7:47 pm
PHILADELPHIA (KYW Newsradio) — One of the best rivalries in college football will be on display Saturday on the Main Line, when Villanova hosts Delaware in the regular season finale for both teams.

The Wildcats are 8-3 — 4-3 in the Football Championship Subdivision — and coming off two straight wins, including a 35-7 trouncing of Long Island University last week.

"The way I feel about playoffs is that it's not our decision," Villanova head coach Mark Ferrante said. "We just want to take care of business this week and our main focus obviously is going to be on our rival, Delaware. Our preparation and our plan is to try to get to be 1-0 this week. The rest of it, which is out of our control, takes care of itself."

Delaware is 5-6 — 3-4 in the Colonial Athletic Association — and coming off a 17-10 home win over Stony Brook. The playoffs aren't in the cards for the Blue Hens, but they will be looking to finish the season strong.

"This is a big game for a lot of different reasons," Delaware head coach Danny Rocco said. "Just for us to finish the season with a win, back-to-back, get to 6-6. I think those things, in and of themselves, give us great motivation and reason to go up there and try to play our best game of the season."

If Delaware is successful on Saturday, it will likely be because of a running game keyed by redshirt freshman running back Will Knight. He rushed for 108 yards and a score in the win over Stony Brook, and he leads the Blue Hens with 830 rushing yards this season. Knight is averaging 7.2 yards per carry.

Villanova leads this rivalry series 30-21-1, and the Wildcats have dominated the Blue Hens as of late, winning the last seven games between the two schools.

"Just like we told our guys in previous seasons and telling them again this year," Ferrante said, "the records in this one don't matter. Whether you have a better record than them or vice versa, the records you can throw out the window because it's going to be that type of energy and that type of game. You go into this one, both teams assuming they are 0-0 and trying to get to 1-0."

Saturday's game at Villanova Stadium will get underway at 1 p.m.