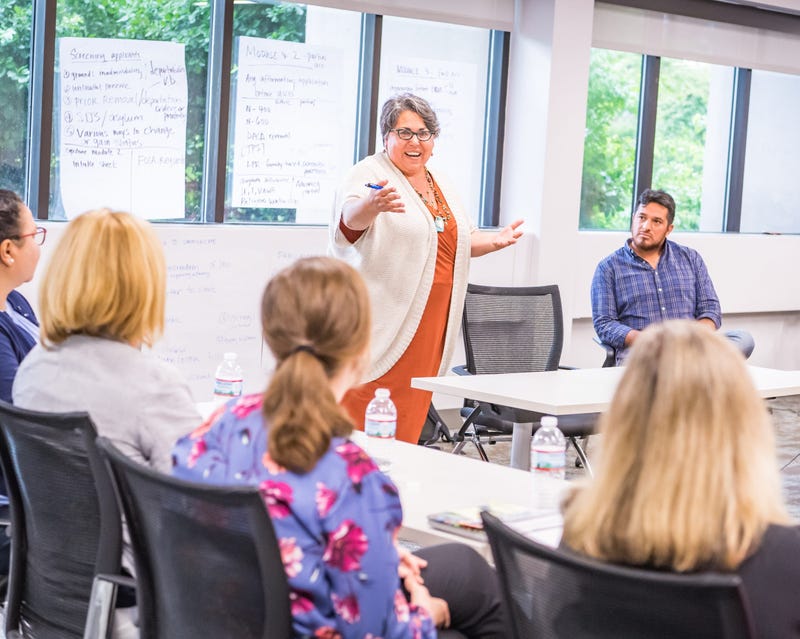 A new program hopes to fill that void with advocates — not lawyers.

Starting Monday, Villanova University will offer a program that trains advocates to provide legal assistance to immigrants and refugees.

“There’s a lot of research that's found that when someone has an advocate, they are 10 times more likely to succeed in their case as opposed to someone who doesn’t,” she said.

On average, six out of 10 immigrants enter the legal system without a lawyer.

“In order for our justice system to operate effectively, we need advocates on both sides,” she noted. “I mean, judges love when an immigrant has an advocate because it makes the judging easier.”

The 14-week program will train advocates on how to represent immigrants and refugees in court. Those who complete the program will be eligible, under existing regulations, to apply to become U.S. Department of Justice “accredited representatives” — non-lawyers authorized to provide low-cost legal representation to migrant and refugee families.

According to the Department of Justice, there are only 2,070 accredited representatives nationwide — less than 300 of whom are fully accredited and authorized to represent individuals in court.

Pistone said right now, advocates are needed more than ever.

“We’re seeing the real destructive forces and the impact on families when they are separated, and so having someone who can advocate for them is really helpful, not just for the family but for the community and the employer.”

Pistone expected about 15 people to take the initial course, but that number nearly tripled. The course will also be available in January and next summer.