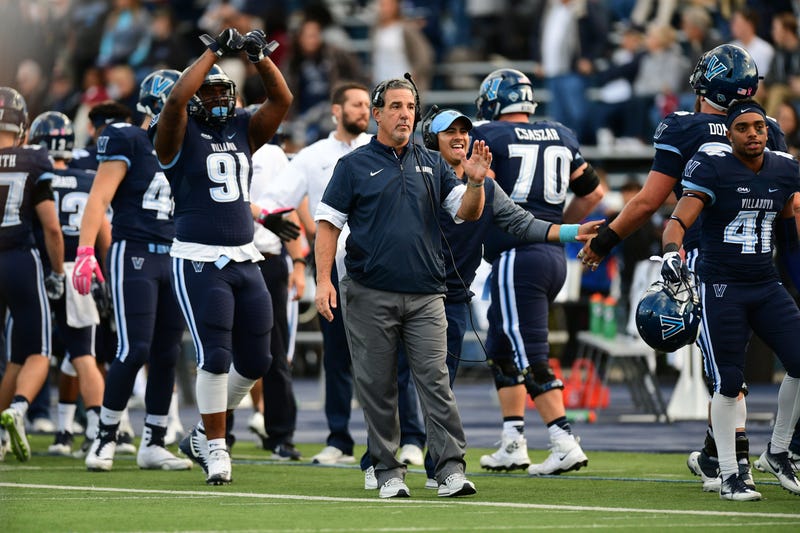 The Wildcats are actually coming off an early-season bye week. Back on Aug. 24, they opened the season in grand style with a 34-14 road win at Colgate. The Wildcats jumped out to a 27-0 halftime lead and never looked back.

"Really pleased with the performance our guys put on the filed," Villanova head coach Mark Ferrante told KYW Newsradio. "From an aggressive standpoint, a physical standpoint and (they) seemed to be pretty focused in there without making too many mental mistakes."

Villanova went with junior Daniel Smith at quarterback in the opener against the Raiders, and the transfer from Campbell thrived. He threw for 205 yards, three touchdowns and no interceptions. He also rushed for 37 yards and an additional score.

"We really felt comfortable with him going into the game, as far as giving him the opportunity to go out there and be the starter," Ferrante says. "Definitely impressed us as the game went on. He seems to have a pretty calm way about him, keeps his composure, doesn't get too excited, doesn't get too down. Spread the ball around really well."

The Wildcats finished with 444 total yards of offense in the win.

Lehigh will come into this game fresh off a home loss to Saint Francis (PA) in their opener. The Mountain Hawks couldn't hold a 13-0 halftime lead in their first game under new head coach Tom Gilmore. Lehigh was held to 11 yards rushing in defeat.

"I know they're going to be coming in here hungry because they feel they let one slip through," Ferrante says. "They're going to come in here and play very physical and we need to be prepared for that."

These two teams met up in Bethlehem last season, with the Wildcats picking up a 31-9 win.

Saturday's game at Villanova Stadium gets underway at 6:00pm.