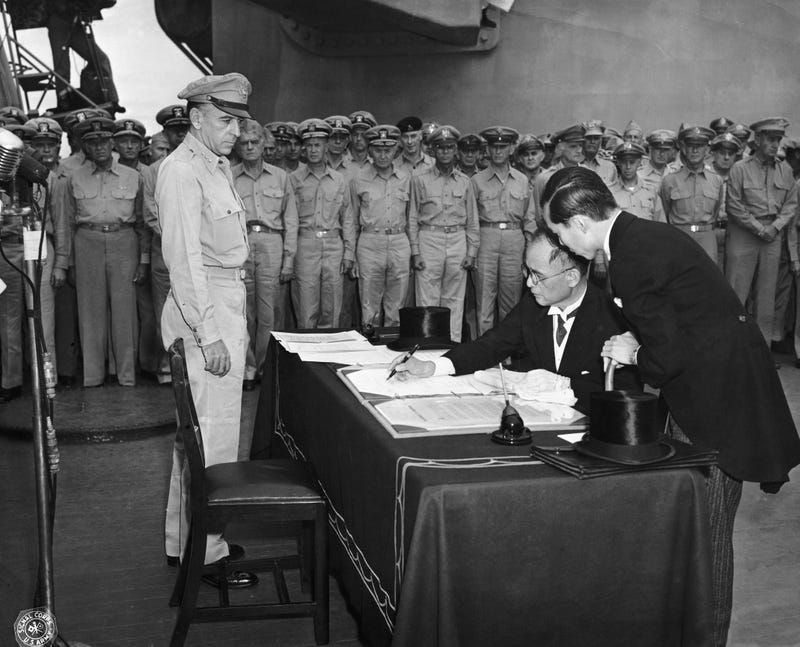 Now, a Villanova University history professor has uncovered deeply political, dissenting views on the American side as to how government officials thought they should go about ending the war.

Marc Gallicchio, chair of Villanova’s College of Liberal Arts and Sciences, said his research found strident political positions that started emerging in the summer of 1945.

“Republicans blamed liberals and New Dealers for prolonging the war by insisting on unconditional surrender,” he said. “Liberals accused the Republicans of being ‘emperor worshippers’ and said that conservatives had actually a lot in common with the fascists that the U.S. were fighting.”

Gallicchio said the discord started showing up in newspaper columns — just as the government was secretly finishing work on the atomic bomb.

“So it got really nasty, and that rhetorical ferocity really intrigued me,” he said.

“But it was only the first step in a project of transforming Japan into a peaceful society,” he noted. “That was the ultimate objective.”

Gallicchio said his research revealed evidence of the influence of domestic politics on U.S. foreign policy.

“And, it’s a chapter in the history of World War II that’s not been written before,” he said, “and I thought the 75th anniversary of Japan’s surrender was a good time to provide that missing part of the story.”

Gallicchio’s latest book, “Unconditional: The Japanese Surrender in World War II,” explores the policy further and how it shaped our memory and understanding of World War II.