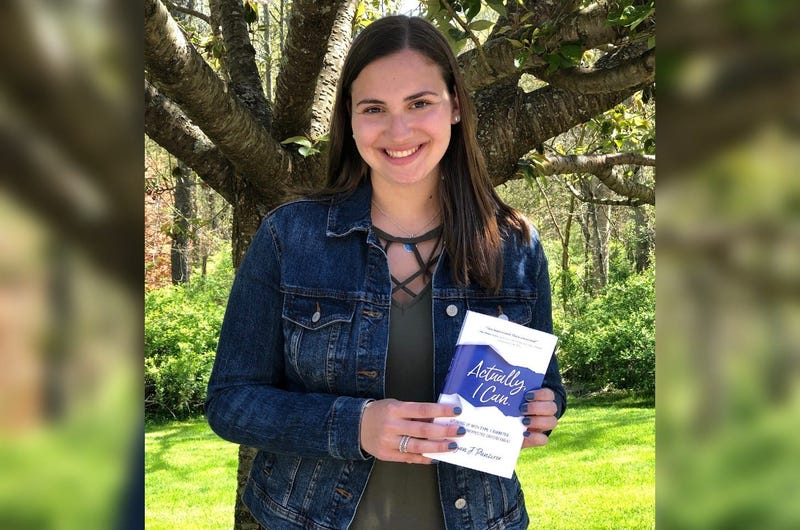 June 21, 2020 06/21/2020 8:00 am
PHILADELPHIA (KYW Newsradio) — A Villanova University sophomore who is managing Type 1 diabetes has published a book about her struggles and her successes.

It’s titled: “Actually, I Can: Growing up with Type 1 Diabetes, A Story of Empowerment.”

Morgan said she was diagnosed with the disease at age 6 and started chronicling her experiences a few years later.

“And, I started in seventh grade,” Panzirer recalled. “And I would write on and off. And, then I put it down for a couple years. But then, after my freshman year of high school I decided to pick it back up and add all of my experiences within that time period that I hadn’t previously written about.”

Morgan said an English teacher she showed her work when she was a high school senior liked the writing and helped her organize it into a book.

She said a publisher picked it up in November 2019 and the first copies were released June 9.

“I was invited to speak at an event in the Vatican in Italy called the ‘Stem for Life Conference’ and it was highlighting rare chronic illnesses,” she recalled. “And, I also was awarded the Pontifical Hero Award by Pope Francis the following day. So that was unbelievable. There’s no words to describe what I was feeling.”

Morgan said she began riding horses at 6 years old, the year she was diagnosed.

“But as I got older, I got really into the sport,” Morgan said. “I now ride six days a week.”

Morgan is a sophomore and biology major and hopes to enter medical school and become a pediatric endocrinologist working with children who have Type 1 diabetes.