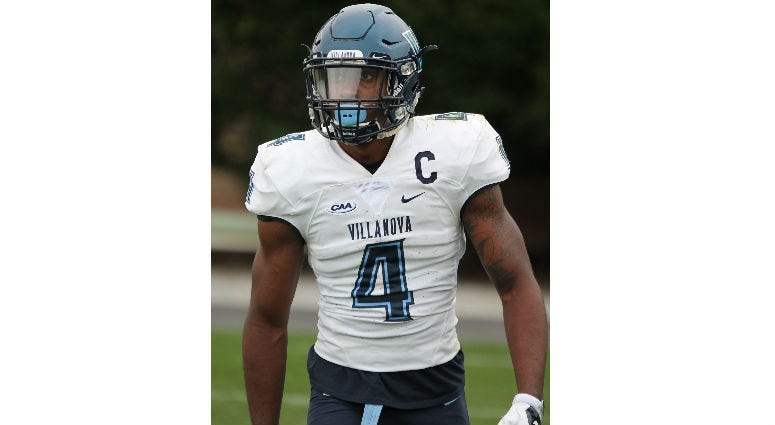 Now, the Villanova University product is getting his shot at the NFL.

Rolle, a safety, has signed as an undrafted free agent with the Miami Dolphins.

"I had been talking to Coach (Tony) Oden, the safeties coach down there (in Miami)," Rolle said. "He called me like one time in the week leading up to the draft. Then as the draft was winding down, me and my agent, we had a couple of teams on our list of where it would be the most beneficial for me to go. We kind of already had a preset list and the Dolphins were at the top of that. That was the team that expressed the most interest in me throughout the week. Soon as the draft was pretty much over and we kind of knew what was going to be going on, I got a text from Coach Oden and he said, 'Are you ready?' Literally before I could even respond to the text, my agent called me and said, 'Congratulations, you're a Miami Dolphin!' That's when my family and everybody I had at the house just kind of went crazy."

Rolle started 39 of the 50 games he played on the Main Line, finishing his career with 160 tackles and seven interceptions.

The Delsea High School product talks about how the strengths in his game will translate to the NFL.

"I think my instincts and knowledge of the game just helps me a lot," he said. "What I lack physically - you know I'm not the biggest, tallest or strongest guy out there - I think I make up for it a lot of times by just putting myself in the right position to make those plays. From the moment I get there, I'm going to be doing everything I can to get my head in the playbook and understand the real scheme of the defense so I put myself in the best position to just keep making those plays that impact the game."

Rolle was one of three Villanova players to sign on as a rookie free agent after the draft, joining offensive tackles Ethan Greenidge (New Orleans Saints) and Brandon Hitner (Los Angeles Rams).