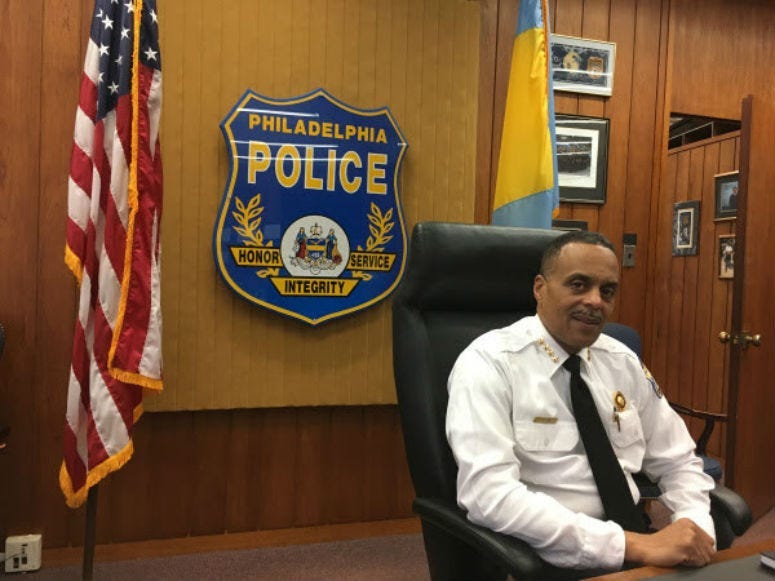 PHILADELPHIA (KYW Newsradio) — On Tuesday night, six people were shot in Philadelphia: four men in their 20s, a 30-year-old and a 4-year-old boy. One of the men died, adding to a steady increase in Philadelphia’s gun violence problem.

Three victims were all shot in North Philadelphia near Broad Street and Hunting Park Avenue, including the boy. This all came just hours after city leaders led an anti-violence meeting with community activists and police.

Police Commissioner Richard Ross says homicides are up 15% from last year, and more than 420 people have been shot, up 10%

However, Ross says, cops have taken more guns off the street this year. Nearly 1,490 weapons have been confiscated in 2019, about 300 more than this time last year.

"We have made over 600 weapons offense violations just this year, and it’s only May," Ross said.

Leaders say they are continuing to work Operation Pinpoint, a neighborhood based crime-fighting initiative.

Ross says they use "precision policing" and data to identify the cause, and most shootings are retaliatory.

"It starts with something. A lot of times, they will go back and forth. People can’t even sometimes figure out how it even started, because some of them go back so far, one neighborhood versus another," he said.

In the coming months, law enforcement officials say they will be announcing additional crime-fighting measures before the summer months, when violence usually peaks.

"We in the Philadelphia DA’s Office are standing with the police, our community partners, and our neighbors to end the violence. DA Krasner has called for shorter sentences, cash bail reform, getting lost and stolen guns off our streets, and doing all he can to lift people out of poverty and increase educational opportunities. Additionally, he is now investigating nonfatal shootings in our Homicide Unit to stop homicides before they happen."