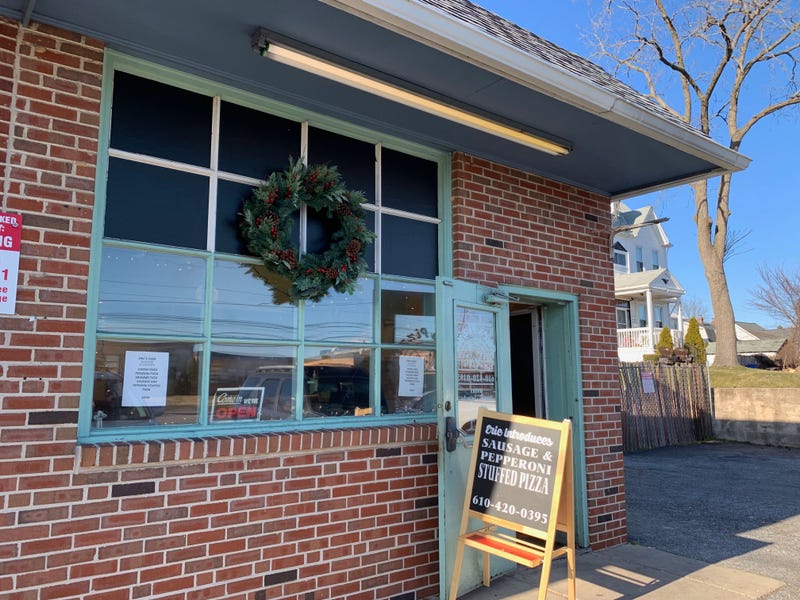 Eric Brooks, owner of Eric's Pizza on Chester Pike, was overwhelmed with orders Saturday, but had a smile from ear to ear.

Employee Alaetra Laroche said she had spoken to customers come from even further away. "My first night, a guy came in and said, 'I just drove five hours to get here,' and he ordered five pizzas, but he was pretty cool," she recalled.

Brooks opened the Ridley Park location three weeks ago, after he recently closed a shop in Clifton Heighs because his mother fell ill. Once she recovered, he opened a new place, but business struggled — until a young neighbor, Nick Mniecznikowski, posted about it on Facebook telling people to stop by and that Brooks was a great guy.

"It took off like wildfires, and the kid doesn't want anything for it," Brooks remarked. "He came in for a slice of pizza and it was like a miracle overnight."

Now customers are coming from all over, just to get a bite of Eric's Pizza. One man stopped by twice. "Came here the other day," he said. "There was a little more cheese on it. But it’s a dollar, what can you complain."

The support has moved and overwhelmed Brooks. "It's just joyful and it means a lot to me," he expressed. "I'm gonna say its because of God. It's a God thing."