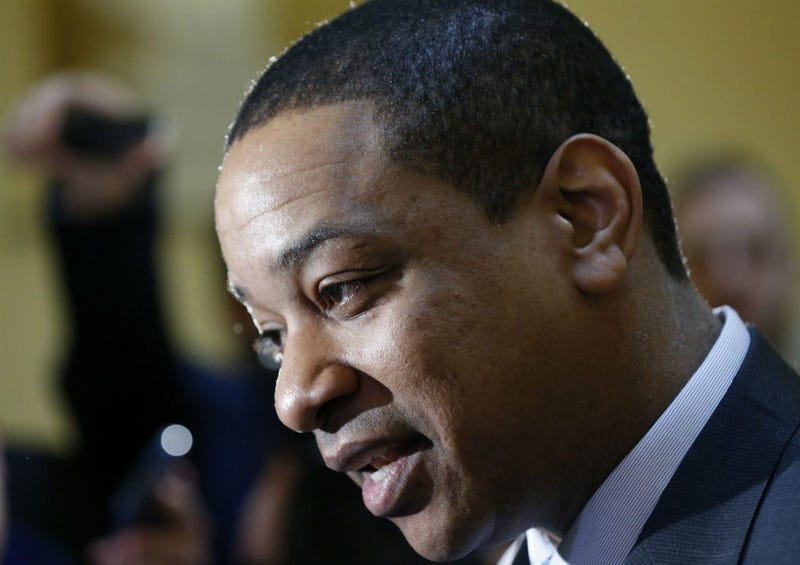 The allegation was first published on the conservative website Big League Politics on Sunday night. Fairfax denied the allegation in a written statement overnight, then again to cameras Monday afternoon.

RELATED: Virginia governor meets with Cabinet amid pressure to resign

The Post said it did not find "significant red flags and inconsistencies within the allegations," contrary to what Fairfax said in his written statement.

CNN has not been able to reach the woman. The Washington Post reported that she had not responded to their attempts to reach her for comment.

The allegations come amid days of controversy in Richmond around Gov. Ralph Northam's changing story regarding a racist photo in his medical school yearbook showing one person dressed in blackface and another in the Ku Klux Klan's signature white hood and robes. Northam has fought to stay in power despite a cascade of calls for his resignation from nearly every top Virginia Democrat and a series of high profile national elected officials.

Fairfax has not called for Northam's resignation, telling reporters on Monday that the governor "has to make the decision that is in the best interest of the commonwealth of Virginia."

But there are signs that the relationship between Northam and Fairfax, who would become governor if the embattled Democrat stepped down, has deteriorated.

Fairfax told reporters that the last time he spoke with Northam was "probably a couple of days ago." And when asked if it was before the Saturday news conference where Northam changed his story on the racist photo, Fairfax said he didn't believe they had talked since then.

Fairfax was asked Monday if he questioned why the allegations were coming out now and he suggested it wasn't a coincidence.

"Does anybody think it's any coincidence that on the eve of potentially my being elevated that that's when this uncorroborated smear comes out?" he asked reporters.

When asked directly later on whether he thinks Northam was behind it, Fairfax said, "I have no indication of that." When a reporter said he suggested that earlier, Faixfax shot back, "I did not suggest that."

"I have no information in that regard," Fairfax said.

Ofirah Yheskel, spokeswoman for Ralph Northam, denies that the governor or his office had anything to do with the sexual assault allegations against Fairfax.

"We had nothing to do with that," she said emphatically.

Fairfax, at 39 years old, would be the youngest governor in the country and the only African-American governor, should he take over for Northam.

Fairfax told reporters that the sexual assault allegation is "not only from left field, it was from planet Mars, because it didn't happen."

Fairfax described himself as "someone who has treated women with respect and always observed certain decorum."

He said he met the woman at the 2004 Democratic National Convention in Boston and said, "We hit it off. She was very interested in me."

"She was very much into the consensual encounter," Fairfax said. "Everything was consensual."

He described the story as a "totally fabricated story out of the blue."

"Zero corroboration because it did not happen," he said. "There was not inappropriate contact whatsoever."

"I have lived my life in a way that I am proud of," he said, adding that he has "never had anything like this said about me."

He also noted that, as a former prosecutor, he had "two FBI background checks" and none of this came up.

Fairfax was asked by CNN what he thought the woman's motives were and he said CNN would "have to ask her." He did not respond when asked the same question again.