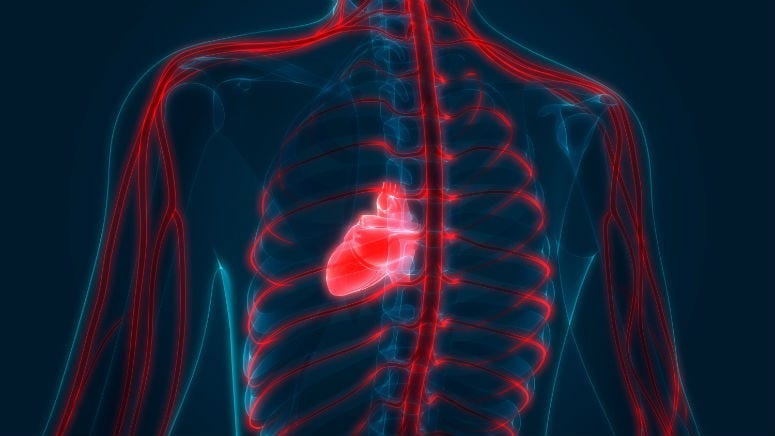 July 15, 2019 07/15/2019 7:23 pm
By Jacqueline Howard, CNN
(CNN) -- Having higher-than-normal cholesterol and blood pressure levels before age 40 can raise your risk of heart disease later in life more than you might think, according to a new study.

A level of "bad" LDL cholesterol at 100 mg/dL or higher as a young adult was associated with a 64% increased risk for coronary heart disease later in life, said the study, published in the Journal of the American College of Cardiology on Monday.

Normal blood pressure levels are less than 120 systolic and 80 diastolic -- or 120/80 -- according to the US Centers for Disease Control and Prevention, and a healthy level of "bad" LDL cholesterol is less than 100mg/dL.

"The main take-home point of the study is for young adults: Don't wait to make healthy choices," said Dr. Andrew Moran, a principal investigator at Columbia University Irving Medical Center in New York and senior author of the study.

"Our results show that waiting until middle age or older years to improve diet and exercise can't always reverse the cumulative damage made during young adulthood."

'It was a novel finding and striking'

The study involved data on the blood pressure, cholesterol and cardiovascular health of 36,030 adults in the United States over an average of 17 years.

The researchers took a close look at the health of the adults in the data from ages 18 to 39, and then from 40 and older.

"What was surprising was to see the strong association on young adult high LDL cholesterol and later life events -- even after accounting for later life cholesterol level," Moran said.

"We were also surprised at the association of young adult blood pressure with later life heart failure," he said. "It was a novel finding and striking because many heart failure events occurs in older age."

The study had some limitations, including that only associations between blood pressure, cholesterol levels and later cardiovascular events were found. More research is needed to determine a causal relationship.

More research is also needed to determine whether similar findings would emerge when comparing cardiovascular health in childhood to adulthood.

"Now that we found these associations of risk factors in young adulthood with later life heart disease and stroke risk, it begs the question, what about even earlier in life, as in childhood and adolescence? We are intrigued with the childhood period, and potential opportunities for early prevention there," Moran said.

Dr. Samuel Gidding, of the Familial Hypercholesterolemia Foundation in Pasadena, California, and Dr. Jennifer Robinson, a professor at the University of Iowa in Iowa City, co-authored an editorial that published alongside the new study on Monday.

In the editorial, they called for the medical community "to wake up" and recognize that preventive efforts are needed among younger adults.

"Young adults, particularly women and non-white individuals, have not shared in the overall reduction in cardiovascular disease rates over the last several decades and are less likely to receive guideline-based care," Gidding and Robinson wrote in the editorial.

"The time has come to recognize that preventive interventions are occurring too late in life to have a substantial impact on the population burden of" atherosclerotic cardiovascular disease and heart failure, they wrote. "By moving to trials in younger higher-risk individuals who have less advanced disease more amenable to reversal, and developing precision medicine strategies based on genetics, imaging, and other risk factors, the next era of cardiovascular disease prevention can begin."