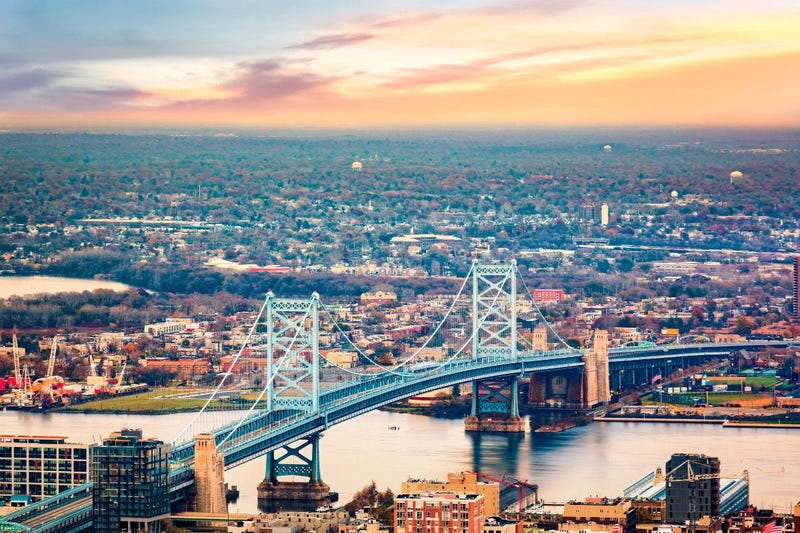 PHILADELPHIA (KYW Newsradio) — The same storm system that brought a "violent tornado" to Missouri is expected to reach the Delaware Valley on Thursday afternoon. As many people leave work for the day, others will be hitting the roads to get a jump start on their Memorial Day weekend travel.

And that's exactly when meteorologist Nick Carr, with the National Weather Service out of Mount Holly, expects the messy weather to strike.

"There is some potential of — actually the system of storms that's currently over the Midwest — that it could actually track and basically survive and reach our area some time in tihe mid-afternoon time frame, with some threat of severe weather, primarily hail and wind," he said.

He called this storm system fast-moving but powerful.

"With this system, it's going to be one of those things where you could have quite heavy rain, but things should be moving quickly," Carr said, "so it'll rain quickly and then be done with, rather than just building more and more storms over the same area."

It's shaping up to be the kind of afternoon when drivers want to avoid the roads, if possible. For anyone looking to get a jump start on Memorial Day weekend, Carr suggests leaving Thursday morning or Friday morning.

"Assuming they're not heading westbound straight into the line of storms currently over the upper Midwest, [Thursday] morning's probably better than [Thursday] afternoon, when there will be the chance of some stronger storms you might run into."

Or, Carr said, Friday morning would be a good time to travel. The forecast calls for dry and beautiful conditions.