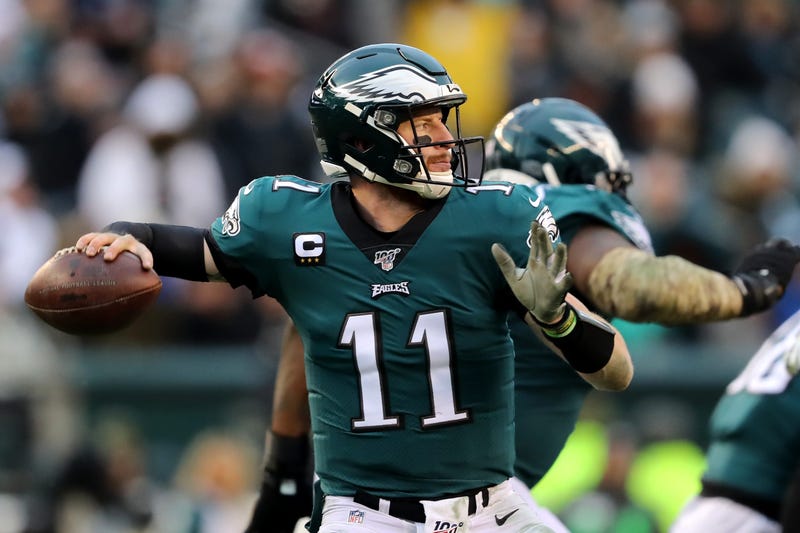 Wentz is hoping the frustration both he and the fans are feeling will end beginning this Sunday in Miami. After a poor performance against Seattle, Wentz is hoping to get back on track against the struggling Dolphins.

The quarterback has a simple process in mind to try to turn things around.

"I've been in these situations before," Wentz said. "It's such a quick turnaround every week in the NFL. You can't really dwell on it. You have no time. I say it every week, and it sounds cliche: You turn on the tape. You watch it and learn from it, and then you move on. We don't change that mindset."

Wentz has had little help from his supporting cast. DeSean Jackson is out for the season. Alshon Jeffery and Nelson Agholor have struggled. Mack Hollins and J.J. Arcega-Whiteside have been invisible on offense.

Wentz made it clear that he blames himself and not his receivers for his recent struggles, but Doug Pederson believes Wentz can turn things around by putting his trust in his supporting cast.

"You have to let the offense just kind of work," said Pederson. "Let the guys around you work. Trust your offensive line. Sometimes even trust your defense, and knowing that we have a pretty good defense right now and they're playing well here in the last couple of weeks, and you don't have to go in there into a game looking for plays, searching for plays. Let the plays come. Obviously let them unfold, and find the completion."

One of Wentz's biggest downfalls last week was turnovers. Wentz fumbled twice and was intercepted twice on a day in which the offense gave the ball away five times.

As with the simple approach to moving forward, Wentz said there is a basic philosophy to cutting down on his giveaways.

Despite the recent struggles of Wentz and the offense, there is still hope for the Eagles in 2019. The Eagles are a game behind the inconsistent Cowboys in the race for first place in the NFC East.

The Eagles' next three games are against teams with just two wins each on the season. Three straight wins will give the Eagles a chance to play the Cowboys for first place at the Linc on Dec. 22.

Now, the ball is in Wentz's hands — both of them.

"We've got to get this thing going in the right direction."