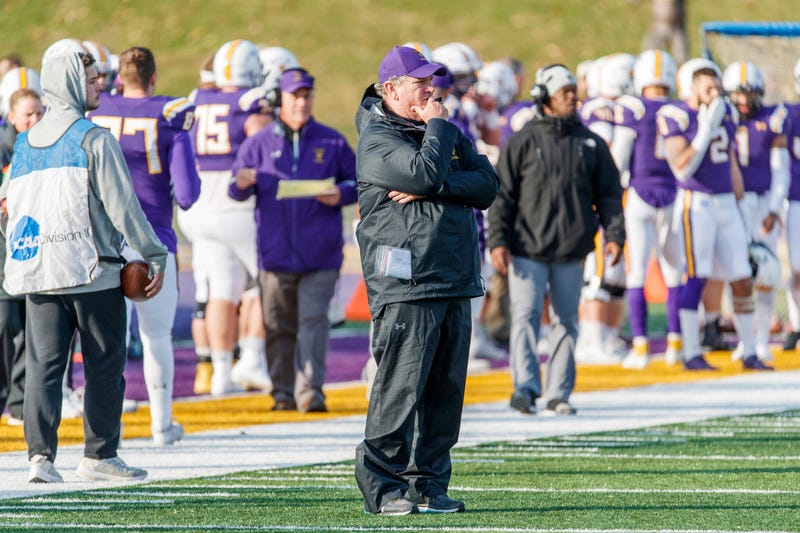 The Golden Rams improved to 6-0 (3-0 PSAC East) this past weekend with a hard fought 20-17 home win over Bloomsburg. The Huskies are now just 1-5 on the season, but they gave West Chester all it could handle.

"It's hard to get our young guys to understand that Bloomsburg is going to be really tough to play, no matter what their record is," West Chester head coach Bill Zwaan said. "So I think some of our guys thought we were going to have an easier time of it, but I think as a staff we knew it was going to be tough."

West Chester had to make a quarterback change in this one as starter Paul Dooley was hampered by injury and was replaced by back up Mike Piperno who played well, throwing for 228 yards and three touchdowns.

"We're going to give Paul a little more time to have his arm come back," Zwaan said. "He's got a little elbow and shoulder problem. We're going to give him a couple days again this week, see how he feels later in the week. If he can go, then we will probably go with him. But (Piperno) will be ready just in case."

Shepherd is in its first season in the Pennsylvania State Athletic Conference, but the Rams were a power for years in the Mountain East Conference before joining the PSAC. This season, the Rams are 4-2 (2-1 PSAC East) and coming off a 32-30 win over Shippensburg.

"They are regularly a playoff team," Zwaan said. "They (would) usually win that West Virginia Conference. That's what they look like, they look like a good football team with good talent that plays hard.

"They've got talent at wide receiver," Zwaan continued. "Quarterback is a really good player. They always play hard. Their defense just comes up and hits you and they run all over the place."

Saturday's game in Shepherdstown, West Virginia gets underway at noon.