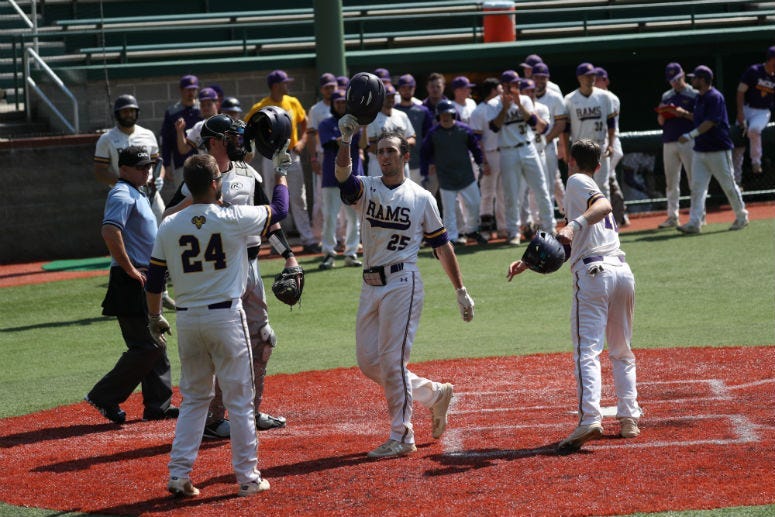 The Golden Rams are the two-seed in the Atlantic Regional and they will host a three-team pod, welcoming Gannon University (32-15) and University of Charleston (37-17) to Serpico Stadium.

West Chester brings a 31-13 record into this year's tournament. They will play their first game on Friday morning against the loser of Thursday's Gannon/Charleston game. The pod is double-elimination.

West Chester head coach Jad Prachniak likes how his team is playing heading into the tourney.

"We've done a really good job down the stretch," he told KYW Newsradio. "Won nine of our last 10 games overall and I think, fortunately, we're playing our best baseball now."

Prachniak talks about the strengths of his Golden Ram team.

"We have a really dangerous middle of the order that I think has carried us offensively," he said. "And when our pitching is going well, they've done a good job and I feel like we've gotten through some low spots in the middle of the season and we're throwing the ball better lately."

West Chester has a .296 team batting average and the Golden Rams average nearly seven runs a game. On the mound, West Chester sports a 4.53 team ERA and Golden Ram pitchers average close to a strikeout per inning.

Prachniak talks about preparing for both teams.

"We played Gannon in the conference tournament last Friday," he said. "So we had info going into that game and obviously we played them on the field, so we're just going to update some stuff with them. Then it's just kind of getting caught up on Charleston and seeing what they do. We'll have a chance to figure some things out before they play and then we have a chance to see them play on Thursday. In a way, with this smaller regional, it's definitely helpful that you don't have to prepare for five teams, you're just preparing for two teams. They're two good teams, but that part is, just from a preparation standpoint, it's a little bit less than it has been traditionally."

West Chester knows what it takes to win this time of year as the Golden Rams have twice won the national championship on Prachniak's watch, first in 2012 and then again in 2017.