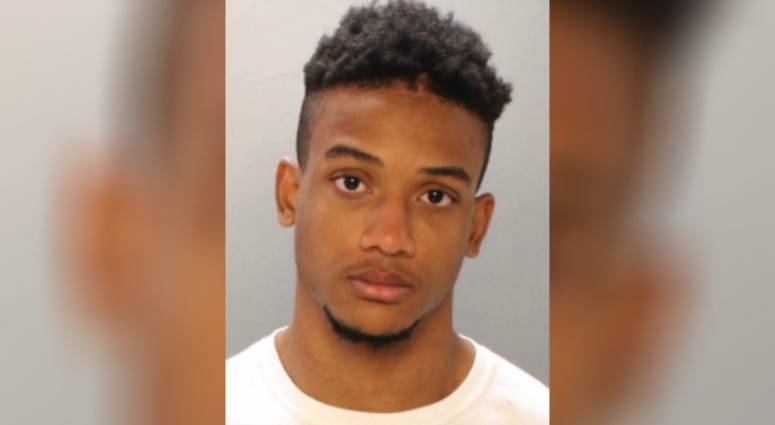 PHILADELPHIA (KYW Newsradio) — It was another tense and emotional day in court Tuesday, as the man accused of fatally stabbing a real estate developer near Rittenhouse Square last year took the witness stand.

Dressed in a dark suit and beige-gold tie, Michael White quietly told the jury that he didn't intend to wield the 7-inch knife that he found on the ground by his house, two weeks before it was used in the stabbing that killed Sean Schellenger. He never planned on using it, but he said he needed it to protect himself while delivering food in neighborhoods all over the city.

But prosecutors have argued that also prior to the stabbing, White wrote in his phone a poem about wanting to “cut people." The judge ruled White's phone could be used only in character witness testimony. White’s attorneys, however, argued the word "cut" means to make insults.

White continued to testify about what happened on the evening of July 12, 2018.

White said he was riding his bike near 17th and Chancellor streets when the driver of a car started to honk his horn at another driver, who was a black man. White said he read the driver's lips and he was screaming the N-word.

The driver has vehemently denied saying that, adding he has never used the N-word in his life.

Schellenger then got out of the car and angrily rolled up his sleeves, White said. He said Schellenger stepped toward him, gritting his teeth, spitting, and saying, "I’m going to beat the black off you."

He said Schellenger was a foot away from him, contrary to every other eyewitness account. White said he pulled the knife from his bag only to scare Schellenger, but Schellenger charged at him, bear-hugging him around the hips. Once he was in the air, White said he "did intend to stab him" only as a means "to get him off."

Prosecutors argued White, who is taller than the victim was, purposely put the knife into Schellenger's back. White said he couldn’t pull the knife from the victim’s back because it was stuck.

Prosecutors have consistently argued Schellenger tried to disarm White, while defense attorneys say White was trying to protect himself.

Prosecutors also peppered White about what they say are inconsistencies in his own statements to investigators.

White told the jury he was scared the entire time and ran away afterward out of fear. His shirt covered in blood, he said he put the knife back in his bag, jumped on the subway and listened to music. The next day, he said he reached out to friends and told them he stabbed a guy in Rittenhouse Square.

Prosecutors asked why he didn’t just jump on his bike and ride off or run away from the situation. He said he couldn’t because he was blocked, but prosecutors say he had a clearing down Chancellor Street.

The defense called a toxicologist to say Schellenger had cocaine in his system, but prosecutors argued it wasn't in his blood.

Character witnesses for both White and Schellenger say both men are peaceful, law-abiding, honest people.

White also outlined his background for the jury, noting that he played football, got good grades, was involved in poetry, and went to college for a year before coming back to Philly.

Prosecutors will call a few more character witnesses for the victim, and then both sides are set to close before noon Wednesday.