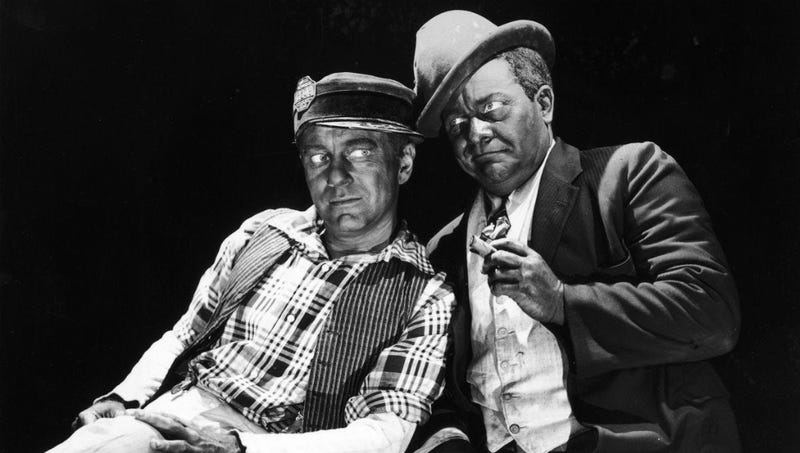 February 7, 2019 02/07/2019 3:51 pm
By Harmeet Kaur, CNN
(CNN) -- It's been nearly 200 years since white performers first started painting their faces black to mock enslaved Africans in minstrel shows across the United States. It was racist and offensive then, and still is today.

However Northam's case plays out, it's important for every American to understand what blackface is and why it's so offensive.

The racist origins of blackface

Blackface isn't just about painting one's skin darker or putting on a costume. It invokes a racist and painful history.

The origins of blackface date back to the minstrel shows of mid-19th century. White performers darkened their skin with polish and cork, put on tattered clothing and exaggerated their features to look stereotypically "black." The first minstrel shows mimicked enslaved Africans on Southern plantations, depicting black people as lazy, ignorant, cowardly or hypersexual, according to the Smithsonian's National Museum of African American History and Culture (NMAAHC).

The performances were intended to be funny to white audiences. But to the black community, they were demeaning and hurtful.

One of the most popular blackface characters was "Jim Crow," developed by performer and playwright Thomas Dartmouth Rice. As part of a traveling solo act, Rice wore a burnt-cork blackface mask and raggedy clothing, spoke in stereotypical black vernacular and performed a caricatured song and dance routine that he said he learned from a slave, according to the University of South Florida Library.

Though early minstrel shows started in New York, they quickly spread to audiences in both the North and South. By 1845, minstrel shows spawned their own industry, NMAAHC says.

Its influence extended into the 20th century. Al Jolson performed in blackface in "The Jazz Singer," a hit film in 1927, and American actors like Shirley Temple, Judy Garland and Mickey Rooney put on blackface in movies too.

The characters were so pervasive that even some black performers put on blackface, historians say. It was the only way they could work — as white audiences weren't interested in watching black actors do anything but act foolish on stage.

William Henry Lane, known as "Master Juba," was one of the first black entertainers to perform in blackface. His shows were very popular, and he's even credited with inventing tap dance, according to John Hanners' book "It Was Play or Starve: Acting in Nineteenth-century American Popular Theatre."

Despite Lane's relative success, he was limited to the minstrel circuit, and for most of his life performed for supper. He eventually died "from something as simple and as pathetic as overwork," Hanners wrote.

Such negative representations of black people left a damaging legacy in popular culture, especially in art and entertainment.

Minstrel shows were usually the only depiction of black life that white audiences saw. Presenting enslaved Africans as the butt of jokes desensitized white Americans to the horrors of slavery. The performances also promoted demeaning stereotypes of black people that helped confirm white people's notions of superiority.

"By distorting the features and culture of African Americans — including their looks, language, dance, deportment and character — white Americans were able to codify whiteness across class and geopolitical lines as its antithesis," NMAAHC says.

Ignorance is no excuse

In modern discussion over blackface, its racist history is often swept under the rug or shrouded in claims of ignorance.

In a 2018 segment on "Megyn Kelly Today" about political correctness and Halloween costumes, the former NBC host said that when she was growing up, it was seen as acceptable for a white person to dress as a black person.

"But what is racist?" Kelly asked. "Because you do get in trouble if you are a white person who puts on blackface on Halloween, or a black person who puts on whiteface for Halloween. Back when I was a kid that was OK, as long as you were dressing up as, like, a character."

Her comments sparked widespread anger. She apologized, but her show was ultimately canceled.

White celebrities, college students and even elected officials have made similar claims of ignorance over past and current controversies involving blackface.

But NMAAHC is clear on this: "Minstrelsy, comedic performances of 'blackness' by whites in exaggerated costumes and makeup, cannot be separated fully from the racial derision and stereotyping at its core."