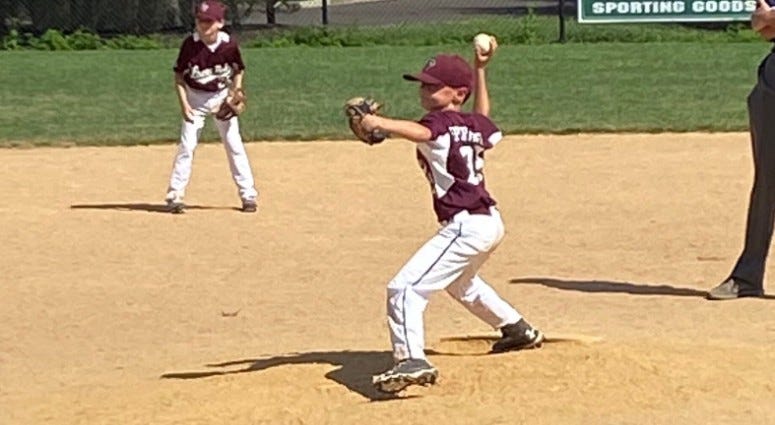 They put together a list of rules and regulations, got approval from the township and the county, started practicing when Montgomery County moved into the “yellow phase” in early June, then started games when the county went into the “green phase” later that month.

He said there are challenges for coaches. For example, it’s much harder to teach a younger kid how to swing without touching their arms or hands or repositioning their feet.

And he said there are some families who didn’t come back, but most did. Among them — Erin Eperthener and her kids.

She said the communication from Lower Perk Little League leading up to and during their season reassured her.

“I’m sure it would have been really easy like in a lot of other areas to let this season go. But because of their determination and their efforts and their time, it’s really what made it all happen,” she said.

She said she and other parents are extremely grateful for all the work that’s gone into letting her kids get back on the field.