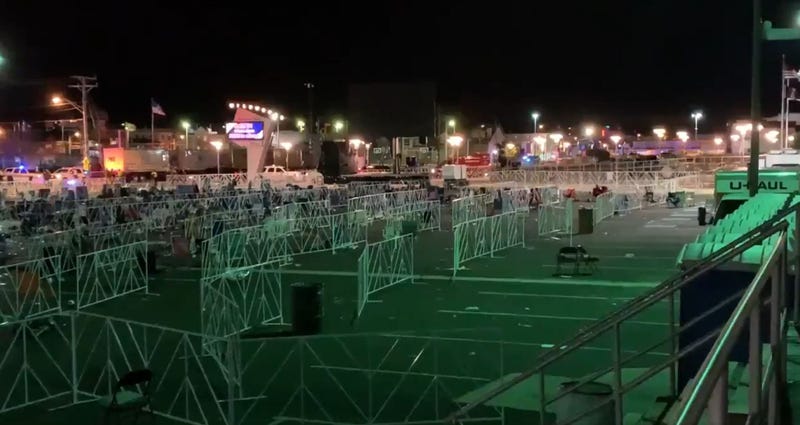 WILDWOOD, N.J. (KYW Newsradio) — Wildwood officials are basking in the afterglow of President Donald Trump's campaign rally on Tuesday night, but there is one lingering question that needs to be addressed: Who will pay the bill?

Mayor Pete Byron puts the crowd estimate, those inside the convention center and out along with protestors, at about 15,000. Byron says those people were like fans at a high school sporting event.

"You had factions from both sides screaming wildly. Combatants were playing. But at the end of the game, everybody went home. So, I think everybody was very respectful, and Mr. Trump is invited back anytime he’d like," Byron, a Democrat, said.

He says there were few problems, save for a lot of trash to clean up. That’s done.

He figures it’ll take a month to tally up the tab for cleanup, police overtime, support and more, and doesn’t want to guess how high it’ll go.

"We're a small town that has budgetary issues and, as great as it was, it was never a budgeted event. So we didn’t have money set aside for this event," Byron said. "Any other events similar to this, the promoter — and, in this situation, it was the Republican Party — has to pay for all these expenses."

His plan is to start by seeking reimbursement from the local GOP, then work up the chain.

Byron says he’s read of other towns where the Trump campaign held events and failed to pay the bill. But he’s not ready to call anyone out yet. For now, he says, he’ll "play nice."