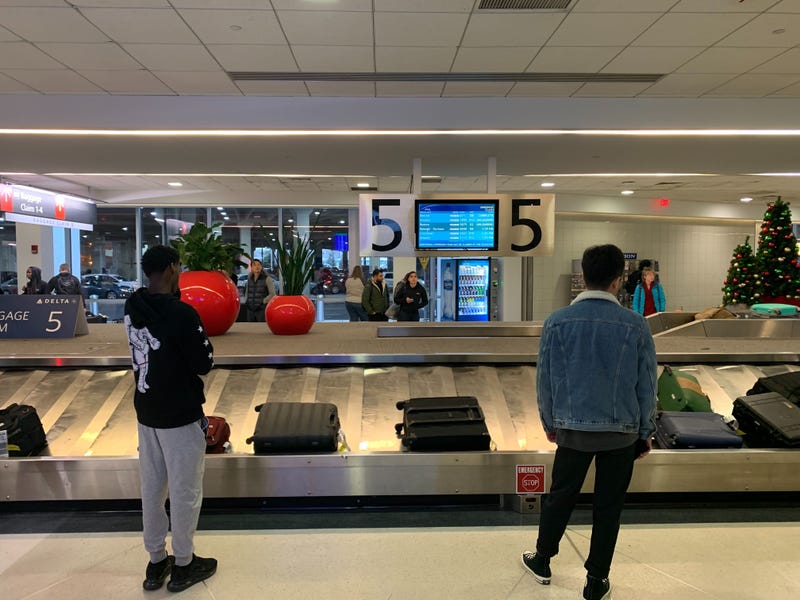 PHILADELPHIA (KYW Newsradio) — Today is the busiest travel day of the year as millions of Americans make their way home after the holiday weekend. The weather isn't making things any easier as a powerful winter storm moves through the Northeast.

With the Thanksgiving weekend wrapping up, it's a mad dash for folks trying to get home for the work week. At Philadelphia International Airport, officials expected nearly 100,000 passengers to come through their doors Sunday, but Mother Nature did not help their cause.

"Things have pretty much been moving pretty smoothly, but the FAA has put us in a special traffic management program and this is basically due to weather both here and elsewhere," said airport spokesperson Diane Gerace, who explained while things are not ideal due to tumultuous weather throughout the Northeast, they are working their way through the day.

Gerace advised even though there might not be a lot of delays, it never hurts to check your flight status with the airline.

"The FAA is reporting some arriving flights are averaging delays of one hour and 51 minutes," she said.

Despite some cancellations and delays, many customers said they had uneventful flights, something many of them say they are thankful for. Passenger Grace Lee said her flight was on time, and things were better than expected. "Traveling was very easy," Lee shared. "We were just on vacation to Florida, so we just wanted to get nice, warm weather. Everything was very smooth."

Gerace said anyone picking someone up or flying out should get to the airport early, to allow extra time and be prepared for whatever may come their way. She added the airport is prepared for any de-icing or snow removal they may have to implement to keep things running smoothly.