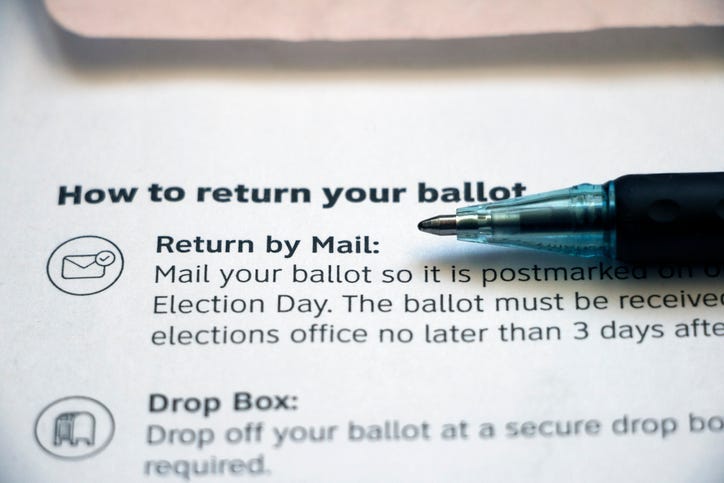 She said they expect upwards of 250,000 mail-in ballots, and since each ballot comes in two envelopes, it’s possible they would have to open half a million envelopes.

Arkoosh said ballots postmarked by Election Day should be counted even if they’re late to the elections office.

She noted the IRS accepts tax returns postmarked by April 15, and overseas and military ballots can be counted up to a week after the election.

She said if they hadn’t accepted postmarked ballots that arrived late in the primary, “7,000 Montgomery County voters who followed all the rules would have been disenfranchised.”

Pennsylvania Secretary of State Kathy Boockvar said despite some news reports, there are no delays in ballots being sent out.

Under state law, ballots have to be sent two weeks before Election Day, which is Oct. 20 this year. She said that’s too late and is asking the Legislature to move it back to four weeks prior.

But she said the ballot is not finalized as there is a challenge of Green Party candidates, so they’re waiting to hear from the Pennsylvania Supreme Court.

Boockvar said if you plan to apply for a mail-in ballot, do it as soon as possible.

They have about 2 million applications already, and officials are expecting another 1 million to apply between now and the deadline.