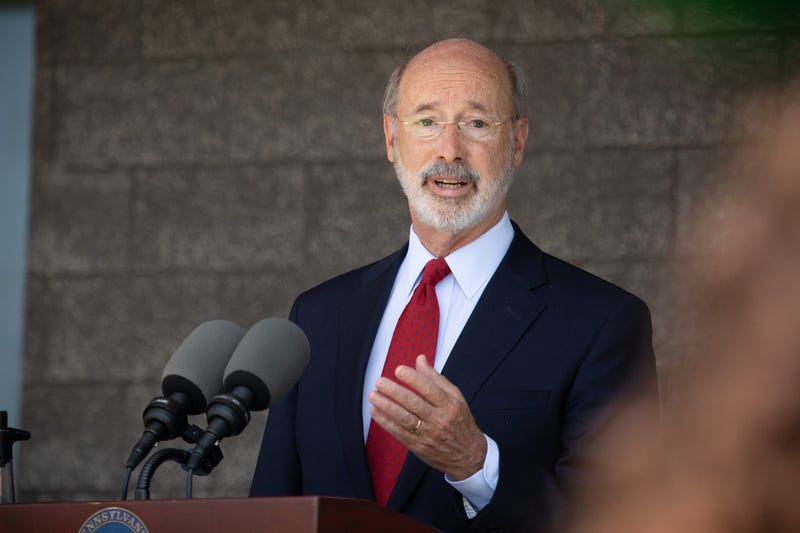 Wolf said several issues led to his decision, and he blamed the upward trend in cases on three primary factors: too many people ignoring requirements for wearing masks and staying six feet apart at bars and restaurants; Pennsylvanians and others traveling in and out of the state; and a lack of national coordination.

Wolf scolded out-of-state travelers, saying too many have been coming and going from COVID-19 hotspots across the U.S. Most notably, he said other states, like Florida, are not committing to what needs to be done to end this virus, and Pennsylvania is paying the price for what other states are not doing.

“If we don’t act now, medical experts are projecting that this new surge in cases could soon eclipse the peak in April,” which reached nearly 2,000 cases, Wolf tweeted. “These #COVID19 restrictions worked during the first wave in the spring, and they will work again if we all do our part.”

To further prevent the spread, the governor is ordering the following restrictions:

All nightclubs are told to close.

Gyms can continue to be open, but they are asked to prioritize outdoor exercise, if possible. Small gatherings outside or at a park are still permitted, while practicing social distancing and wearing masks.

Businesses or individuals that violate the governor’s new orders could face fines or closures.

In a statement, Health Secretary Dr. Rachel Levine added that these orders are “designed to be surgical and thus precise to prevent from repeating the cycle we saw in the spring.”

Wolf said he wants to prevent Pennsylvania from becoming as severe as Florida's case count and death toll.

Dr. David Rubin, a pediatrician and director of PolicyLab and the Population Health Innovation team at Children’s Hospital of Philadelphia, joined in the governor’s announcement on Wednesday to say the resurgence in Pennsylvania has already begun. The state reported almost 1,000 new cases of COVID-19 on Tuesday.

Rubin's team has been tracking COVID-19 activity throughout 500 U.S. counties. In their research, Rubin said, they found “incontrovertible evidence” that the virus is quickly spreading from Western and Southern regions to the Northeast.

“Over the last couple of weeks, we’ve seen significant disease resurgence in the Pittsburgh area — not just in Allegheny County but in the neighboring counties around them,” Rubin said.

He applauded efforts in the Pittsburgh area to contain the virus, but he said what was worrisome was that this outbreak was not isolated.

A significant outbreak in several cities in Ohio has expanded over Pennsylvania's western border. He also says transmissions from the south are quickly moving up the I-95 corridor to the metropolitan area of Washington, D.C., and Baltimore. Philadelphia and South Jersey are also seeing a rise in cases.

“This is not isolated to just Philadelphia and Pittsburgh," Rubin said. "Because of the increased risks and transmission throughout the state of Maryland, up the Route 15 corridor towards Harrisburg, we are now seeing significant pressure on York County and into Central Pennsylvania. Simply stated, we are seeing now widespread community transmission throughout the Northeast area, it’s also extending up into North Jersey,” he said.

Dr. Rubin says without taking aggressive action over the next six weeks, he can't assure the public that opening schools will be safe after Labor Day. He said in a prepared statement that Wolf’s measures will help stop the spread of the virus into Pennsylvania and its surrounding states.