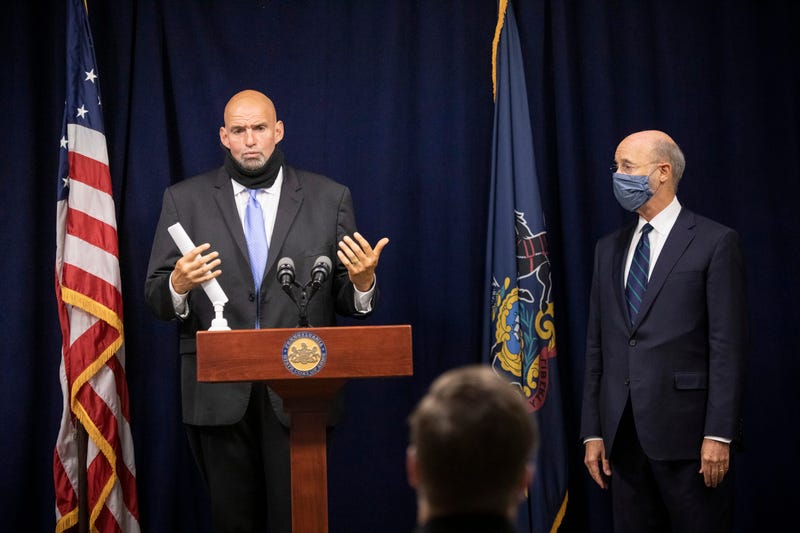 “Now more than ever — especially right in the middle of this pandemic — we have a desperate need for the economic boost that the legalization of cannabis could provide,” Wolf said.

He first proposed the legalization a year ago, and since then, “nothing’s happened.”

“I think the prohibition on recreational marijuana has proven to be pretty ineffective,” he said. “I don’t see it as a moral issue. I see it as a very practical issue.”

“To our social justice concerns on the uneven enforcement, as well as to our farmers, I pitch to our red counties, our Republican-led counties: Our farmers need a cash crop,” he said. “Name one other policy decision that could have so much immediate impact and so much ambiguous benefit.”

However, Republicans in the state Legislature argue Wolf is more interested in legislating by press conference than by negotiation.

He said they need to hear specifics on what Corman says are broad concepts — like who would regulate it, where it would be sold, and how it would be enforced.