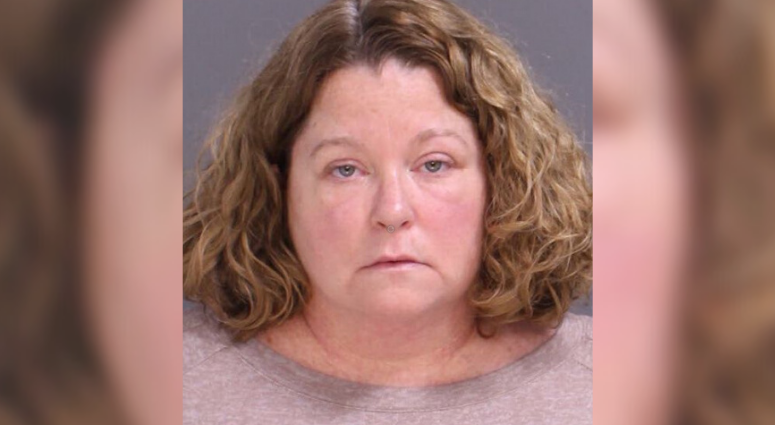 Investigators say the 11-month-old wasn’t properly strapped into a car seat, which was placed on the dining room table. The leg strap intended to keep her from sliding down was unbuckled, and she was ultimately asphyxiated by the chest strap.

Lauren Landgrebe, 48, is charged with involuntary manslaughter, endangering the welfare of children, and operating a day care facility without a license.

According to the criminal complaint, the 11-month-old was one of eight children in her care that day, based out of her house on Rosebud Road in Upper Southampton.

She said she strapped the infant into a car seat for a nap around 1 p.m., back in August. An hour later, she gave the child a bottle by propping it up on a rolled hand towel.

She said she spent the next two hours outside near her swimming pool, leaving the baby unattended.

The child was found unresponsive in the car seat around 4 p.m. by Landgrebe’s husband. He started CPR, but the child was pronounced dead later that afternoon.

The complaint also says Landgrebe was collecting Social Security disability benefits for 10 years, saying she was unable to work. She was not reporting any income from her day care.

music
‘Dancing With the Stars’ producer reveals why Tom Bergeron and Erin Andrews were replaced
sports
US soccer legend's team walks off field after slur allegedly directed at gay player
music
'I was very hard on myself': Lady Gaga reveals the saddest song on 'Chromatica'
music
Stevie Nicks shares the last time she talked to Lindsey Buckingham
news
Hombre roba camioneta para 'ir a encontrarse con extraterrestres'
news
Everything coming to and leaving Netflix in October