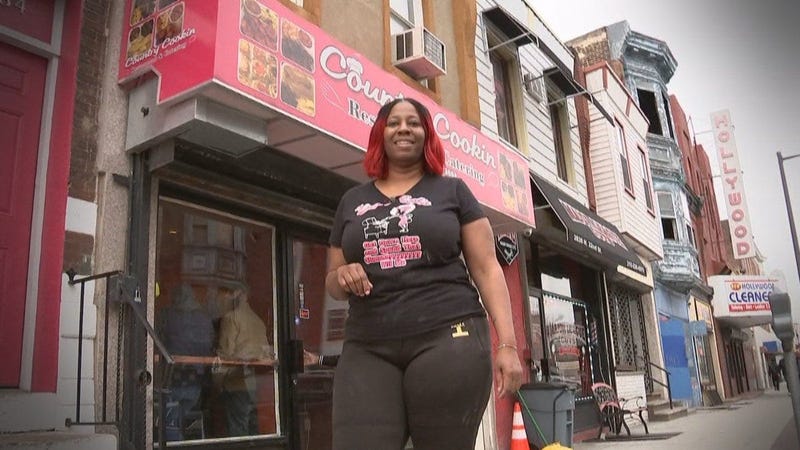 January 17, 2019 01/17/2019 2:33 am
PHILADELPHIA (KYW Newsradio) — The North Philadelphia mother who went viral on social media for her lavish prom send-off pleaded guilty this week. Feds accused her of taking tens of thousands of dollars in disability benefits, but her lawyer says there's more to the story.

Saudia Shuler, aka "Saud," is well known on social media for her over the top prom send-offs — like the one for her son, JJ, that included a real camel. Another had a full cast of characters dressed up in Wakanda outfits from "Black Panther."

But Shuler is also know for generous community backpack drives and Christmas giveaways for children in need.

"What she's about is all of the things you've seen her do for the benefit of herself and her community," said Tariq El-Shabazz, Shuler's defense attorney.

In August 2018, Shuler was charged with multiple counts of wire fraud and acceptance of government benefits. El-Shabazz said his client decided to plead guilty, noting that Shuler was disabled when she initially applied for benefits in 2014 — she was battling cancer and had suffered a stroke — but did not alert the government when she recovered and began to bring in income.

"She accepted responsibility for her failure to notify the Social Security Administration, which she was supposed to do," he added. "She wants to put it behind her and move forward."

Shuler was accused of accepting nearly $37,000 in disability benefits over the course of four years. El-Shabazz said she intends to pay the government back in full.

RELATED: Woman known for lavish community giveaways is at it again — despite federal indictment

El-Shabazz blames her viral social media posts for causing someone to file a complaint, prompting the feds to get involved.

"Good people sometimes make mistakes, and those mistakes are illegal sometimes," he said. "The only way to move forward is to deal with what happened."

She will be sentenced in May.