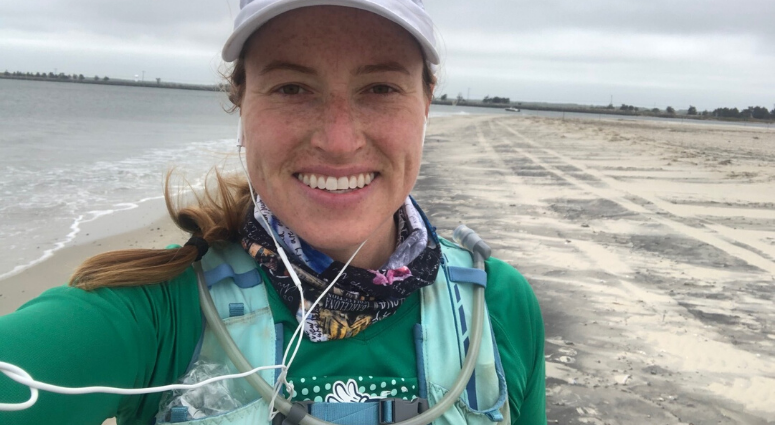 May 27, 2020 05/27/2020 5:18 pm
OCEAN CITY, N.J. (KYW Newsradio) — Britt Miller has run 34 marathons, so it made sense that she found something to somewhat mirror a marathon course during pandemic closures and cancellations.

The veteran runner from Philadelphia plotted her own path around all of Ocean City, with help her husband, Ian.

“It ended being a marathon distance” — 26.2 miles — “which was pretty cool,” she said. “The inspiration for that came from one of my friends a few weeks ago who ran the perimeter of Philadelphia, which was over 76 miles.”

Ran a marathon around the perimeter of Ocean City, NJ -- pic.twitter.com/s2CgjMG7yZ

Sunday morning, she started her trek.

“I started at the end of the boardwalk on 23rd Street and started running north,” she said. “(I) ran the length of the boardwalk and then switched off and got in the sand. Ran all the way around that edge of the island under the Longport Bridge, then jumped back on the roads.

“At that point, it gets super windy because you’re kind of going in and out of all the streets along the bay.”

Still, she said it was a great experience, and she’s encouraging others in the running community to consider creating similar routes.

“A lot of runners who have had races canceled are looking for new challenges, whether it be distance or a perimeter run or running every street,” she said. “So, get out there and try.”