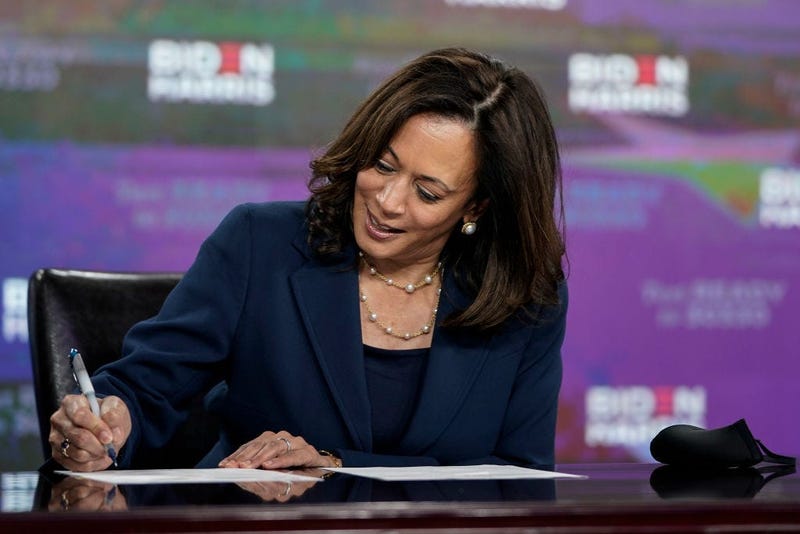 BURLINGTON COUNTY, N.J. (KYW Newsradio) — Sen. Kamala Harris, the Democratic running mate of Democratic presidential candidate Joe Biden, is not only a symbolic figure for many women but inspiring as well.

For a group of younger African American women, they now see themselves in Harris.

"Inspiring" is how Willingboro's Valerie Ellis says she feels about the naming of Harris. The apple doesn't fall far from the tree as far as politics is concerned in her household.

Ellis' 14-year-old daughter, Latrice Ellis, is also inspired by Harris and now plans to pursue a longtime dream of hers.

"I wanted to be the first African-American president," she said.

Biden's decision is a huge political moment for Valerie Ellis too.

“Black women have been a part of so many movements in history,” the 27-year-old medical assistant and student said, adding that this is long overdue.

While Farquharson is very encouraged, she plans to continue her research on Harris, including her past as prosecutor, which some, like Seton Hall University junior Jasmine Cartwright-Atkins, have questioned.

"While she is active in social change, she has discussed her stance on race and police reform and she is an activist in that right. We have to also question what has happened in the past,” Cartwright-Atkins said.

She does have a positive opinion of Harris. In fact, as a woman of color, she's inspired by Harris and now sees a future in law.

With the pandemic and racial climate, these young women believe the naming of Harris is a bright light and gives them hope.

"Her being a Black American woman standing up as the vice presidential pick, I think, in turn, for other young women my age, younger than me, older than me, this inspires us to do the same,” added Cartwright-Atkins.