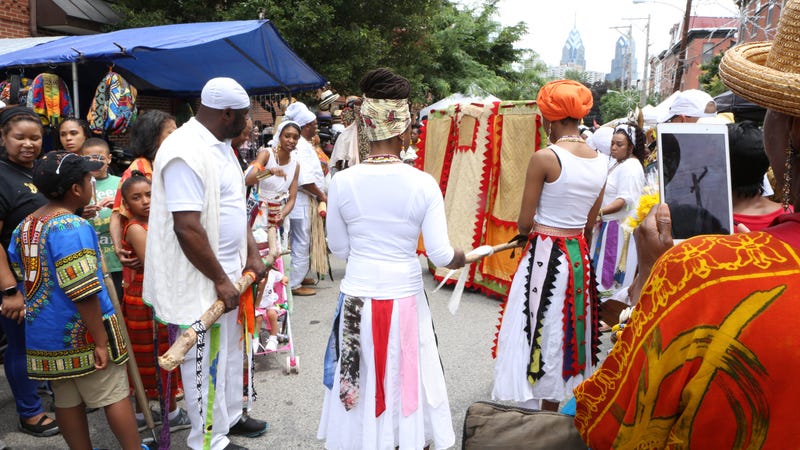 Although many celebrations have been abbreviated to online-only events, you can still participate.

To celebrate Flag Day this weekend, the Museum of the American Revolution is hosting a conversation on Facebook with the museum’s president and CEO about historic flags, as well as a live flag-making demonstration on Instagram and virtual museum tours.

As we continue Pride Month, qFLIX Philadelphia, the region’s largest LGBTQ+ film festival, is launching PrideFLIX; The Virtual Pride Film Festival. The festival includes five weeks of LGBTQ+ documentaries, feature films, short films, and web series, which you can watch from the comfort of your own home.

Tickets range from $7 to $10 per viewing, and $1 of each viewing will go toward local LGBTQ+ nonprofits.

Then on Sunday, join a reenvisioned Philly Pride Run 5K, where runners — or walkers — decide their start time, location and course between the week of June 14 and 21. The registration fee includes entry, a homemade rainbow mask, and opportunities to win cash prizes.

The festival started in 1975 by Lois Fernandez, and it attracts up to 500,000 people annually as is the largest African-American street festival in the country.

The concept originated from the Yoruba people of Nigeria, West Africa, and the festival celebrates the coming of another year for African-Americans and Africanized people around the world.

The Main Line Animal Rescue and the Pennsylvania SPCA are joining forces for Handlebarks, a virtual cycling event and fundraiser for emergency relief for animals in their care, now through June 20. Choose your challenge — between 5 and 100 miles — then hop on your stationary bike or cycle outdoors.

On Friday, celebrate stewardship and the outdoors with trail trivia by Friends of the Wissahickon. Register online to participate — you may even win a gift card.

You can also join the staff at Uncle Bobbie’s Coffee and Books on Friday — a black-owned East Germantown cafe — for an informal happy hour and literary chat. Come together with like-minded book lovers to exchange thoughts and ideas, and bring a little bit of the Uncle Bobbie's vibe into your own homes.

Carry that vibe into Saturday night for “Philly Alive!,” a free quarantine concert series livestreamed by music venue MilkBoy. This week’s concert includes some groovy and funky performers — you may even see some acrobatics.

Get together with some friends — coronavirus rules still apply — and dance the night away.

Donations are suggested and support the participating musicians, as well as MilkBoy's employee relief fund.