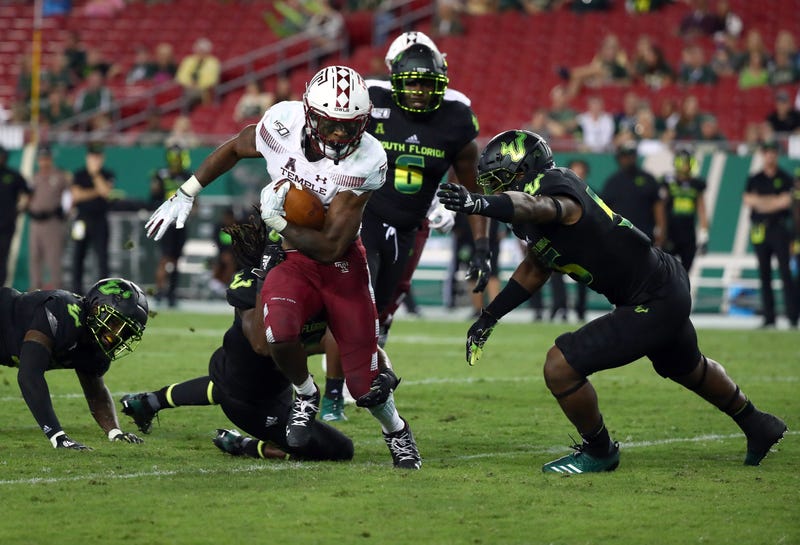 November 18, 2019 11/18/2019 9:08 pm
PHILADELPHIA (KYW Newsradio) — The Temple Owls will play their final road game of the regular season on Saturday when they visit Cincinnati in American Athletic Conference action.

The Owls improved to 7-3 — 4-2 in the AAC — with a second straight win this past weekend, where they beat Tulane 29-21 at Lincoln Financial Field.

The Owls got a big game in the win from redshirt junior defensive end Quincy Roche. He set a program and AAC record with six tackles for loss, including three sacks against the Green Wave. This followed a big game the previous week against USF, when he had 3 ½ sacks.

"He's finding out that if you play smart football and (you’re) tough and relentless and you execute, that all those things, all those stats happen," Temple head coach Rod Carey said. "They come from not trying to go and do your own thing, but to play that way. So really happy for him because his practice habits are starting to carry over into the game. It's good to see for him."

Roche now has 9 ½ sacks for the season.

Temple will face a big challenge against the Bearcats on Saturday, as Cincinnati brings a 9-1 record into the game. The Bearcats are 6-0 in the AAC and at the top of the East Division.

Cincinnati is led by sophomore quarterback Desmond Ridder. With him at the helm, the Bearcats average 31.4 points per game. He is a dual threat: He has thrown for 1,774 yards and 17 touchdowns while rushing for 435 yards and an additional score.

"It feels like every week we're playing against a quarterback that can throw and run," Carey said. "He certainly is no exception to that. He can do both, and he does both very well. He's executing at a high level right now, as is their offense and defense and special teams. You don't get to 9-1 without being good in all three phases."

Cincinnati is coming off a 20-17 road win over USF.

Last season, Temple beat Cincinnati in overtime at the Linc, 24-17.

Saturday’s game in Cincinnati gets underway at 7 p.m.