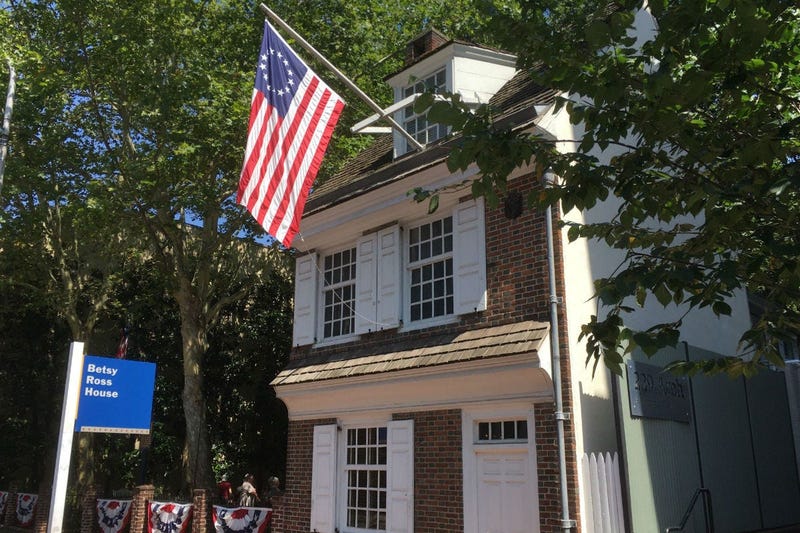 Below, you'll find a wide selection of things to do in Philly, the burbs and neighboring states this weekend.

Check back with KYW Newsradio weekly to plan your summer outings.

DETAILS: The Old City Jewish Arts Center's Shabbos Gallery takes place on the first Friday of each month, welcoming more than 1,000 visitors each time. The gallery is open from 5 p.m. every first Friday and features new artists every month. At 9 p.m., when most other galleries are winding down, OCJAC offers a "taste of Shabbos." The crowd packs wall-to-wall inside and pours out onto the street outside. A full traditional meal, including gefilte fish, salads, chicken and soup are served by volunteers. The meal is led by a rabbi and is interspersed with explanations on the Shabbat experience as well as Judaism in general.

EVENT: First Friday Movie Nights Under the Stars and Stripes

DETAILS: During First Friday Movie Nights, a $5 admission includes an after-hours tour of the Betsy Ross House, and a movie in the courtyard at dusk. Visitors are encouraged to arrive early and bring food and their favorite beverage to enjoy during the movie. The movie this week is "Revenge of the Creature."

WHERE: Second Street between Germantown Avenue and Green Street

PRICE: Free; pay as you go

WHERE: Various locations in Philadelphia

DETAILS: Created in 2012, the four-day festival celebrates black traditions, black people and black arts by showcasing films from an international repertoire of people of color and spotlights Philadelphia as a go-to destination for black filmmakers and film-lovers alike. Academy Award-winning filmmaker Spike Lee returns to the fest to discuss "Do the Right Thing," his 1989 film celebrating its 30th anniversary in 2019. He’ll be joined by activist Tarana Burke, the founder of the #MeToo movement. They’ll talk about storytelling, social justice and Lee’s classic film.

DETAILS: Founded in 1984 by ArtsQuest, a community-based nonprofit organization, the first Musikfest featured 295 performances on six stages, attracting more than 180,000 people to historic Bethlehem. Over the past three decades, the event has grown a bit, evolving into one of the largest and most diverse music festivals in the nation, with 500-plus shows on 17 stages over 10 days. Each year, more than 900,000 people make their way to the Lehigh Valley and the festival, with their sights set on experiencing all the music, food and fun of this musical extravaganza.

PRICE: Pricing differs for every performer

DETAILS: Discover the hidden, booze-filled underbelly of Philadelphia in the 1920s on the Prohibition Pub Crawl. On this three-hour history-filled walking tour, you'll slip into several establishments that served as speakeasies during Prohibition, learning how alcohol was distributed clandestinely throughout the city while sipping on craft cocktails with nary a hint of scandal. You'll find out about the major historical figures who helped to fill revelers' glasses and kept the parties rolling right under the authorities' noses, and see colonial-era brew sites that once brewed beer recipes written by Ben Franklin. The tour includes a complimentary beverage and snack, along with trivia and prize giveaways.

WHERE: Broad Street, eight miles between Arch and Butler streets

DETAILS: It's the 39th season of the Pennsylvania Renaissance Faire on the grounds of Mount Hope Estate. A cast of hundreds of colorfully costumed characters fill the shire with music, dancing and more. With more than 90 stage shows daily, more than 20 royal kitchens, and scores of artisan merchants with handcrafted wares, the Pennsylvania Renaissance Faire invities guests to immerse themselves in the 35-acre village and experience the fantasy.

DETAILS: A World Cup-style tournament held over several months, the Philadelphia International Unity Cup unites the city’s neighborhoods and celebrates its diverse immigrant communities through soccer. The brainchild of Mayor Jim Kenney, the Unity Cup became an annual tradition after its massively successful inaugural year in 2016.

DETAILS: Since it departed the William H. Gray III 30th Street Station in Philadelphia earlier this year, there’s been a lot of flap about Amtrak’s split-flip arrivals and departures board. Now, the historic Solariboard, named for its Italian manufacturer, is on exhibit at the Railroad Museum of Pennsylvania. You’ll find it displayed in Rolling Stock Hall on Platform 5 West next to the 114-year-old H6 locomotive No. 2846. Museum staff and volunteers have thoroughly cleaned it and built a base on which to safely showcase this Solari board, which was the last one in service for Amtrak.